Minister says government 'ready' to open salons, but industry in the dark 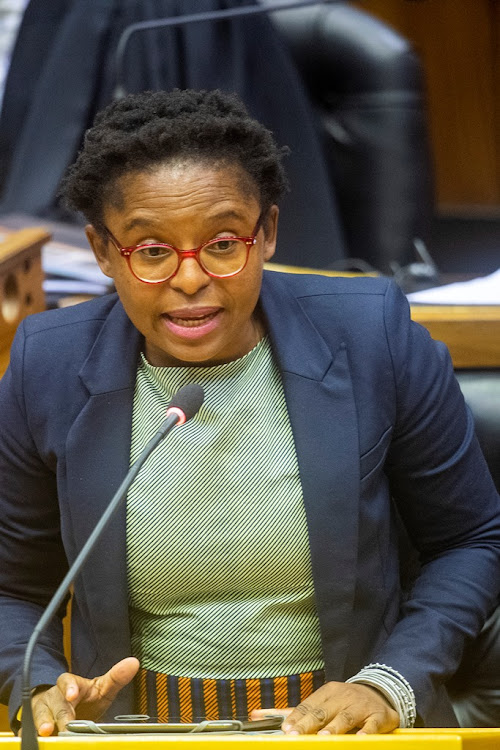 The government is ready to reopen salons, spas and massage parlours. However, the hair and beauty industry says this is news to them.

In an interview with eNCA, small business development minister Khumbudzo Ntshavheni said the government was looking to open more sectors as part of a move to an “advanced level 3 lockdown”.

“Already, when the president announced the movement to level 3, he also announced what he called the advanced level 3, which will include sit-down restaurants and also the opening up of personal care services,” she said.

“The protocols are ready — including the rules for sit-down restaurants, hair salons, massage and other personal care services. We are ready to open it up.”

She said her department had already completed the development protocols but there were still some businesses that were seen as problematic  — especially tattoo parlours.

The Employers Organisation for Hairdressing, Cosmetology and Beauty (EOHCB) said on Monday that it had not heard from the government and was still pursuing legal action against President Cyril Ramaphosa and several ministers.

“I cannot comment on government and the minister's media announcement. We worked with government and were expecting the regulations by June 5. Since June 2 to date we have had no update from government, other than the announcement on Sunday. Our court case is scheduled for June 23. Hopefully government will publish regulations before then,” said the organisation's national manager Cobus Grobler.

While there is no clarity on whether salons, spas and tattoo parlours will be allowed to operate in level 3, the beauty and hair industry is viewing ...
News
1 year ago

Lockdown judgment should have been more concise and persuasive: legal experts

The Pretoria high court judgment which has declared lockdown levels 3 and 4 regulations invalid and unconstitutional, lacks specific detail on the ...
News
1 year ago

Last week the organisation launched a court application when the director-general of the trade and industry department failed to meet a deadline to provide guidelines for salons, spas and tattoo parlours to reopen under level 3.

The organisation had previously stated that up to 70% of the country's salons, spas and tattoo parlours face closure as they remain closed under lockdown.

Salon owners said that they heard the rumours that “level 3.2 is loading” and that they are gearing up for it.

“It's been a rollercoaster for us. We are hearing that an announcement will be made on Wednesday as a best case or June 29 or July 1 as the worst case scenario. In the interim we are notifying our clients that an opening is imminent,” said one nail and beauty salon owner.

There are about 90,000 people active in the hair and beauty sector, which is worth an estimated R300bn a year.

Since the start of the lockdown, thousands of workers in the industry have poured out their hearts in desperate submissions to the national government. They spoke of losing their rental spaces, not being able to pay staff and of closing up shop.

Some have now turned to crowdfunding platforms to put food on the table, while others are working under the radar.