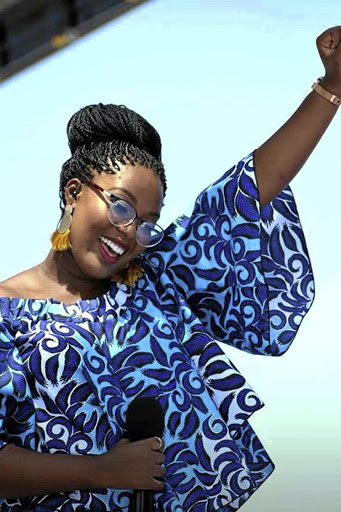 Karabo Khakhau decided to join politics when she was in grade 11. She had grown tired of seeing the number of poor people who had no prospect of one day rising out of poverty.

On her commute to school at Welkom-Gimnasium in the Free State, Khakhau felt helpless witnessing some of the young people in her age group unable to pursue their studies.

"You got to wonder how's life supposed to be. How are other kids living a particular life that I'm not.

"So, I decided to be part of the junior municipal council, thinking [of] young people and that agenda I would be advancing and I got there and it was a shock," she said.

"It was literally what municipalities are. People filling positions for the mere formality of it, just ticking boxes and not really doing anything. I don't remember any youth project that we did in my two years. The closest impact I remember was cleaning in town. We had plastic bags, we had to go and clean and that was 'young people championing young issues'."

Khakhau then decided to join the DA while she was doing her first year in 2016.

She said she looked at how the DA had been governing the Western Cape. That, coupled with the party's policies and its anti-corruption stance, won her over.

It's just after 6pm when Nonceba Mhlauli joins me on meetings platform, Zoom.
News
1 year ago

"So, the reason was simple, there's a leadership vacuum within the country, there aren't enough people occupying spaces that speak to the demographic compositions of our population. So, young people. in the Free State [are] well over 50% of the population yet the people representing them within the parliament, the people responsible for the quality of their lives, decisions that affect their lives ... aren't young people.

"When you sit as a woman, you see women, but their voices are being dimmed. It becomes something that is a bit of a discomfort and so that's why I availed myself for office."

Khakhau holds a bachelor's degree in social sciences from the University of Cape Town.

Khakhau said BEE policy which relies on race would be a re-invention of apartheid-like policies.

"I get to reap the benefits of my blackness whereas a white person, a coloured person, don't get to benefit and their households are then put in the background," she said.

A young woman has not allowed her lack of access to land to stop her from pursuing her dream of being a poultry farmer.
News
1 year ago
Next Article