This brought to 1,423 the total number of deaths as a result of the disease, with a mortality rate of 2.2%, the department of health said in a statement.

Thirty-six of the fatalities were from the Western Cape, 24 from Gauteng and nine from the Eastern Cape.

The Western Cape has nearly 62% of the national cases and the Eastern Cape 14%.

The department said 1,087,887 tests have been conducted cumulatively since testing for Covid-19 began earlier this year.

The department said the recoveries to date are 35,850. It said this translated to a recovery rate of 56%. 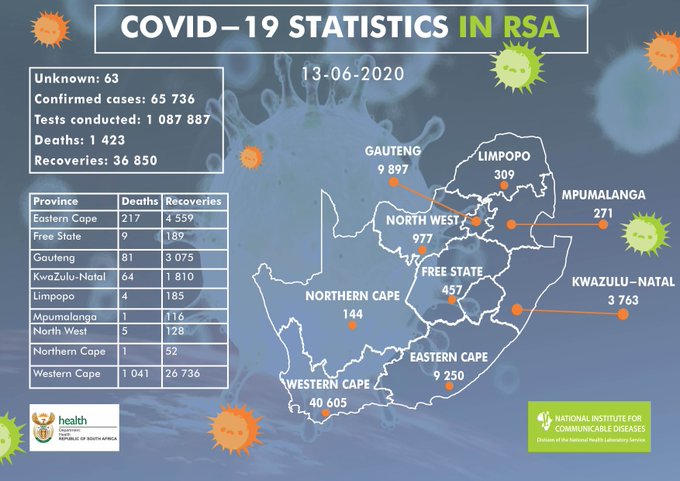