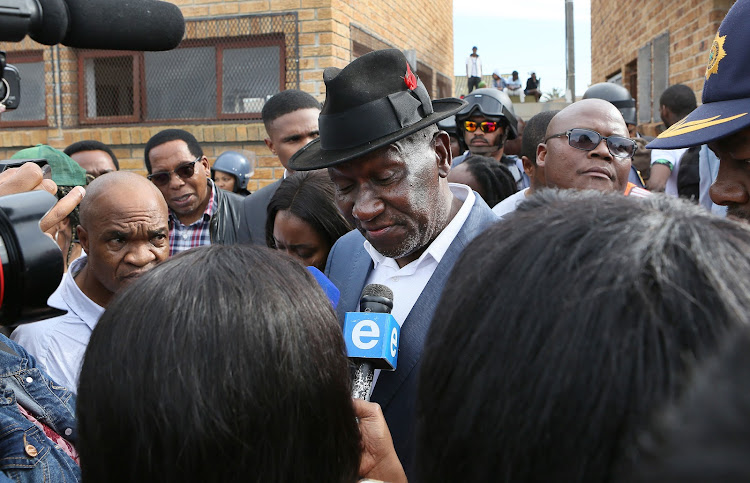 Police minister Bheki Cele says 14 police officers have died from Covid-19, with the number of infected officers now at 1,685.

“The Western Cape has 1,134 positive cases followed by the Eastern Cape and KwaZulu-Natal,” Cele said at the weekend.

“Over 600 of the officers have recovered from this virus and are back to serving our communities,” he disclosed.

Cele was speaking during an operation in Soweto, to assess adherence to Covid-19 regulations during lockdown level 3.

He appealed to communities to practice greater adherence to safety protocols.

Cele praised compliance in some areas in the township. However, he warned that some residents are still not taking social distancing seriously.

“There is also still an issue of non-compliance when it comes to the movement of alcohol. The law says you must drink alcohol at home and not in groups, the non-gathering regulation still exists.”

Seven law enforcement operations were held across the province on Saturday. Police seized alcohol that was consumed in public spaces as well as illegally sold cigarettes.

Cele condemned the killing of women and children in the country. “I’m pleased that police have made an arrest in the case where a young woman was found murdered and dumped in a veld in Doornkop. That person will appear in court on Monday.” Police are also tracking down a suspect in connection with the murder of 28-year-old Tshegofatso Pule, he said.

“Gender-based violence is a societal issue that needs law enforcement and arms of justice to work hand in hand with civic organisations and formations to confront this monster head on,” said Cele.