'It's illegitimate': Dalindyebo rejects imbizo ousting him as AbaThembu king 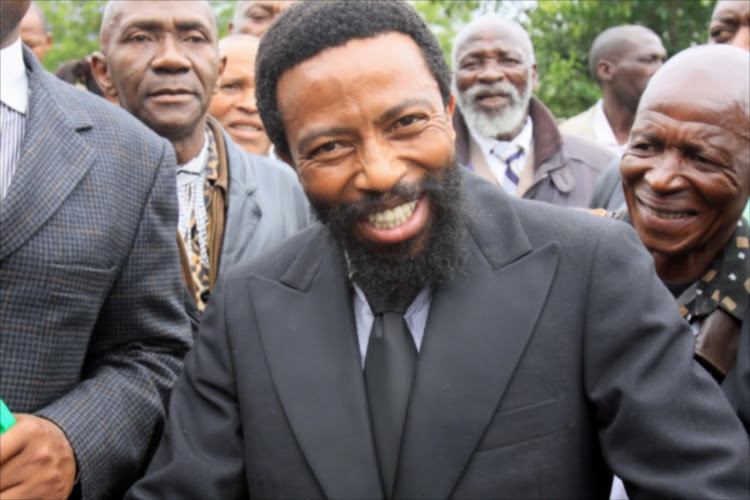 AbaThembu King Buyelekhaya Dalindyebo has described as “illegitimate” a royal family imbizo held at Bumbane Great Place on Friday which resolved he be removed as king of AbaThembu and replaced by his son Azenathi.

“Illegitimate meeting can only bring illegitimate resolutions. Only King Zwelibanzi [Dalindyebo] can convene such a meeting of AmaDlomo by birthright and by law,” said his spokesperson and adviser Babalo Papu.

The imbizo was called to discuss the ongoing feud between Dalindyebo and Prince Azenathi, who has been acting as regent after his father was jailed — serving four years for arson, kidnapping, assault with intent to cause grievous bodily harm and defeating the ends of justice. Dalindyebo was paroled in December.

The imbizo was attended by nearly 100 royals at the Great Place, 40km from Mthatha. Only 50 were allowed inside the main hall while the rest remained outside the hall, in line with Covid-19 safety protocols.

Papu says the heads of AmaDlomo made a resolution that Zwelibanzi is a rightful king of AbaThembu by birth and the constitution of SA.

The royal family imbizo has resolved to remove Buyelekhaya Dalindyebo as king of AbaThembu and replace him with his son Azenathi.
News
2 years ago

“Currently we understand that Bumbane Royal Palace is a no-go area for Azenathi, Thandisizwe, Zwelodumo, Buyiswa Majiki, Siganeko since an eviction order was granted against them on May 29 2020. AbaThembu must not be worried about this, King  Dalindyebo is still their rightful king and his rightful heir will take over when king went to a higher life and I can promise you it will not be Azenathi,” Papu said.

“Whenever a dispute concerning customary law or custom arises within a traditional community or between traditional communities or other customary institutions ... members of such communities or customary institutions, must seek to resolve the dispute internally and in accordance with their customs culture and practice. The matter is still in the hands of the AmaDlomo royal family,” Komisa said.

He said his department had given the royal family a permit to hold the imbizo.

Speaking after the imbizo, royal family spokesperson Chief Dumisani Mgudlwa said the AmaDlomo had decided to elect Azenathi as king and would communicate the decision with government on Monday.

Komisa said the department had not yet received a report emanating from the imbizo.

Mgudlwa said he had tried numerous times to create peace between Dalindyebo and his son.

“Today’s imbizo has resolved to remove Buyelekhaya Dalindyebo as king of AbaThembu and replace him with his son Azenathi. They [AmaDlomo] are not happy with his behaviour and believe his jail time didn’t rehabilitate him. Many people want to leave the kingdom if Dalindyebo is reinstated as king. We couldn’t allow such to happen,” Mgudlwa said.

Dalindyebo did not attend the imbizo on Friday. Mgudlwa said he had been invited.

Mgudlwa said Zwelibanzi, Dalindyebo’s royal name, had been asked many times to go to the Great Place for peace talks with his son, but refused.

“We wanted peace between him and his family, but talks ended with no agreement,” Mgudlwa said.

“There is no peace in AbaThembu nation. Even during Azenathi’s acting tenure there has been division. Dalindyebo's father died in exile because there was no peace. This is not new,” Mgudlwa said.

He said they had taken a resolution to call for the government to terminate Dalindyebo’s certificate of recognition.

The AbaThembu Royal family is locked in an imbizo behind closed doors to discuss the ongoing feud between AbaThembu King Buyelekhaya Dalindyebo and ...
News
2 years ago

The AbaThembu Royal family says there is "nothing untoward" about King Buyelekhaya Dalindyebo wanting to do DNA test to prove whether Prince Azenathi ...
News
2 years ago

The bitter feud that has split the AbaThembu royal family has taken a new twist, with King Buyelekhaya Dalindyebo disowning his son and demanding ...
News
2 years ago
Next Article