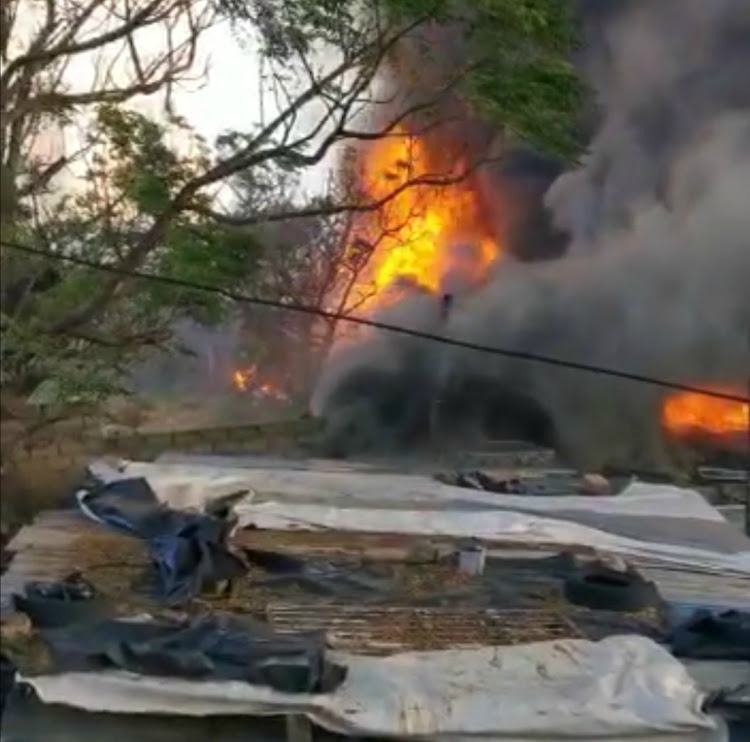 Several families lost their belongings and have been displaced after a fire ripped through an informal settlement in Durban on Friday.

Residents from the Lacey Road informal settlement in Sydenham were forced to flee their homes when the fire broke out  around 1pm.

It is unclear how the blaze started.

Since then firefighters have battled to bring the blaze under control.

A dramatic aerial shot shows part of the settlement burning.

Imtiaz Syed, from the community-based organisation Ethekwini Secure, was live on Facebook to show the extent of the damage.

Syed said firefighters had managed to bring the blaze under control.

“Many families have been affected. Now it is a matter of getting people housed at another location.”

The organisation started a relief drive to collect food, blankets and clothing for residents  whose belongings were destroyed.

Sydenham community policing forum spokesman Satish Dhupelia said a fire had also broken out at another nearby informal settlement a few days ago.

“That blaze was put out quickly by firefighters. The problem is that residents are living in cramped conditions. Their homes are made out of wood and other flammable material which burns quickly. That's the danger they face.

“They are in dire need of proper housing,” he said.

As the protests against racism, police brutality and injustice sparked by the killing of George Floyd continue to gain traction, we commemorate the ...
Opinion
1 year ago

George Mamosadi is lucky to be alive after he was shot and assaulted allegedly by two police officers who accused him of failing to stop his vehicle ...
News
1 year ago
Next Article