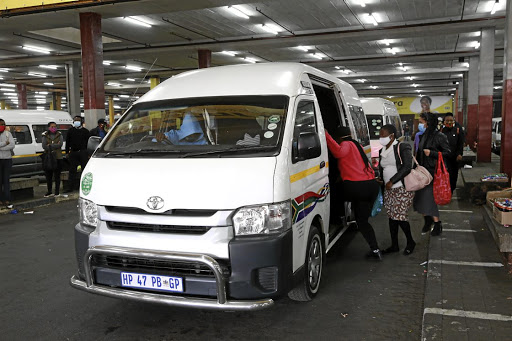 The increases were scheduled to take place on Monday.

"We have agreed that on the day that was set to be the day for the increase of the taxi fares, the 15th of June, there will be no taxi fare increase on that day," Mamabolo said.

"Come the 15th, there should not be any taxi association in our province that will increase fares. That agreement, we have it. But it does not rule out that we could have people who are defiant or causing problems but at this level of leadership we have agreed that there will be no increase by any association in Santaco or NTA in Gauteng," Mamabolo said.

There will be no taxi fare hike in Johannesburg next week, Gauteng transport MEC Jacob Mamabolo said on Wednesday.
News
1 year ago

Tough times lie ahead for commuters in Johannesburg after 76 taxi associations said they were also planning to hike their prices in an effort to ...
News
1 year ago

A taxi ride from Alexandra to nearby Sandton cost R11 before the mooted increase.

This hike, therefore, would have translated to more than a 170% hike. The increase in percentage for travelling from Alexandra to Joburg inner city would have been 130.7%.

Things got worse for commuters when on Monday, 76 other taxi associations belonging to Santaco and Top Six said they would also be hiking fares. The associations complained that relief from the national government was taking too long to materialise and their losses were deepening.

These concerns were raised by the industry in the meeting with Mamabolo yesterday. He committed himself to speak to transport minister Fikile Mbalula about the delays.

However, Armsta spokesperson John Mnisi said of the decision: "We are under Top Six, not Santaco. An announcement will be made on Friday [tomorrow] about this issue."

Mbalula has already expressed disappointment over the decision taken by the taxi associations to hike fares at a time when commuters are facing serious financial pressures due to Covid-19.

He had threatened to refer the matter to the Competition Commission.