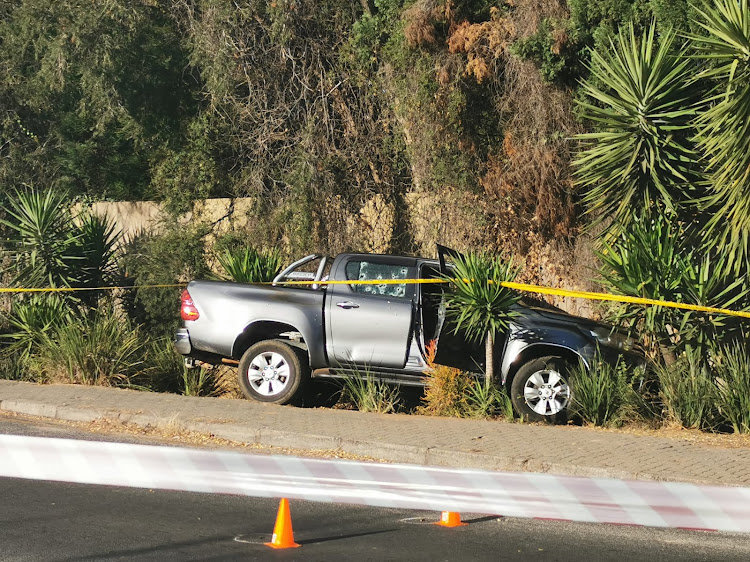 A man believed to be the chairperson of a Joburg taxi association was shot and killed on Thursday.
Image: Reza via Twitter

A man identified as the chairperson of a taxi association in Randburg, Johannesburg, was shot dead on Thursday in what appears to be a hit.

Police spokesperson Capt Kay Makhubele said the man, who was driving a Toyota Hilux bakkie, was approached by four men who were driving an Audi.

“The man was driving when he was approached by an Audi. The occupants of the Audi started shooting at him and he lost control of the vehicle,” he said.

The motive behind the murder of the man is not yet known.

“The police have opened a murder docket,” added Makhubele.

Photos from the scene show the bullet-ridden bakkie after plunging off the road and into bushes.

Disgruntled taxi owners, drivers and other workers have called for the chairperson of the Mamelodi Amalgamated Taxi Association (Mata) to step down, ...
News
2 years ago