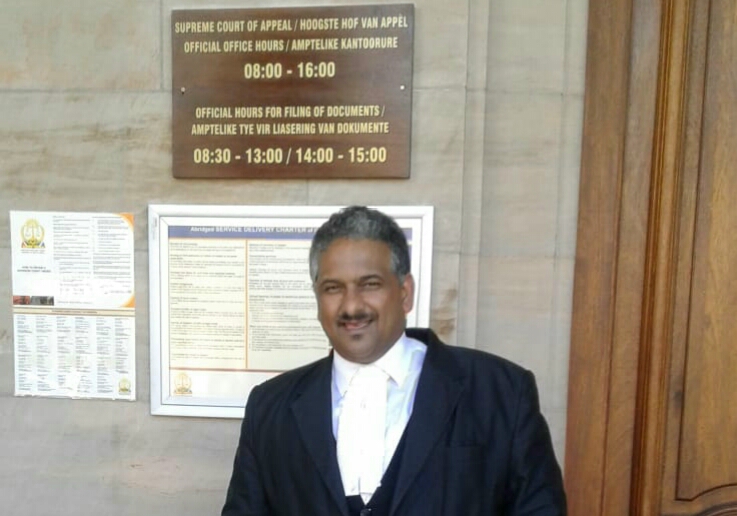 Electing black female advocates to governing structures of their profession does not constitute transformation of the industry.

Part of the transformation equation entails addressing the skewed distribution of legal work among the different races. This is the assertion of the equality court, sitting in the high court in Cape Town.

The election of a black male advocate instead of a black woman to the Legal Practice Council (LPC) pitted the Cape Bar against justice minister Ronald Lamola. In the saga, which has played out in court since October, the Cape Bar sued for unfair discrimination and wanted Andre Paries replaced by Ncumisa Mayosi.

Lamola, the council and its provincial structure opposed the application. The National Association of Democratic Lawyers (Nadel), the Law Society of SA (LSSA) and the Black Lawyers Association (BLA) and Sakeliga NPC joined the litigation as friends of the court.

As justice minister, Lamola is responsible for the administration of the Legal Practice Act.

The declaration of a national state of disaster has catapulted an already financially distressed Bar Council of the Pretoria Society of Advocates ...
News
2 years ago

According to the complaint, lodged by advocate Andrew Breitenbach, the chair of the Cape Bar, it wanted to “urgently address a serious irregularity” which arose from the LPC in March.

“It relates to the failure to declare elected [Ms Mayosi], an esteemed advocate and a black woman, due to the unlawful capping of the number of black women advocates who may serve on the provincial council,” said Breitenbach in an affidavit. “She received more votes than [Mr Paries], who was declared elected in her stead. [The Cape Bar] seeks to have that irregularity corrected by the court.”

Breitenbach said Mayosi was excluded because of the “LPC’s application of the inflexible racial and gender quotas in the regulations and rules”.

“The LPC considered that together these quota provisions dictate that, regardless of the number of votes for back or female candidates, the contingent of advocates on the provincial council has to consist in all cases of one black female, one black male, one white female and one white male,” he said.

The Bar Council also lodged a high court application under the Promotion of Administration of Justice Act. Breitenbach said both cases were based on law rather than “personal consideration or preferences”.

“The Cape Bar brings this matter in its own name and interest, as well as in the interest of its members and in the public interest, given the implications of the impugned rules and regulations for the composition of the provincial council and consequently for the regulation of the legal profession in the Western Cape,” he said.

The LPC “exercises jurisdiction over all legal practitioners” and is responsible for the establishment of the provincial structures.

“This matter requires resolution on an expedited basis,” said Breitenbach. “The provincial council is an important body with wide-ranging powers. Its decisions have profound impact for all of the Cape Bar’s members and all legal practitioners.”

The National Association of Democratic Lawyers (Nadel) says Acting Judge Hein Brauckmann's conduct in a judgment passed last week showed he was not ...
News
2 years ago

Lamola’s replying affidavit urged the court to dismiss the application.

“It is the means that I hope will mark the end of the deeply upsetting and uprooting entrenched racism and undue prejudices against women and black people.”

“As a concluding remark, it is perhaps fitting for all to be reminded that the election of black women to the governing structures of the profession is not in … itself sufficient to fulfil the transformation objective of the legal profession,” the judgment reads.

“Transformation is an imperative that must extend beyond that, to addressing matters that include briefing patterns, attraction, retention and offering support to black and women legal practitioners, among others.”

“May it be known that the [Cape Bar] did not endorse a black leader in the Western Cape, but hold on to the same position for a white man. Black males matter in transformation and diversity,” he said.

“The finding by the honourable judges clearly highlights the slow pace of transformation in the Western Cape. I encourage all legal practitioners to embrace diversity and not hold on to traditions of discrimination. Black livelihoods in the legal profession matter. The Western Cape LPC can bring this change.”