Dlamini-Zuma had to be 'swift' when banning cigarettes, lawyer tells court 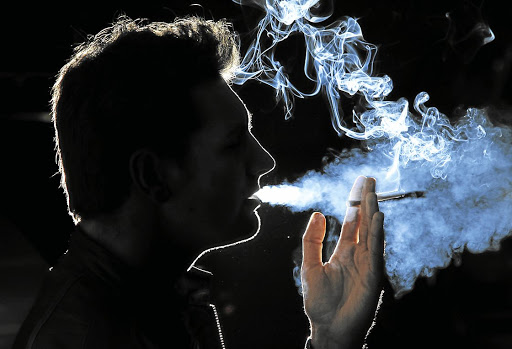 Minister of co-operative governance & traditional affairs Nkosazana Dlamini-Zuma has, through her advocate, given reasons before court on why she promulgated the regulations that temporary banned the sale of tobacco products during lockdown.
Image: KEVIN SUTHERLAND

Co-operative governance & traditional affairs minister Nkosazana Dlamini-Zuma is within her powers to make regulations which prohibit the sale of tobacco products during the state of disaster.

This was one of the submissions made by Dlamini-Zuma's counsel, Marumo Moerane SC, in the high court in Pretoria on Wednesday.

Moerane was responding to an application brought by the Fair Trade Independent Tobacco Association (Fita), which wants the court to review and set aside regulations passed by the minister prohibiting the sale of tobacco and related products.

One of the arguments from Fita is that the medical information available to the minister at the time she passed the regulation on April 29, did not show that the use of tobacco increased the risk of contracting Covid-19.

“The state has a duty to take steps to prevent the spread of the disease, to reduce the burden to the health system,” Moerane said.

Moerane said this duty was particularly acute in a pandemic situation the country currently found itself in.

A Pretoria high court ruling that declared the Covid-19 lockdown regulations invalid was “not justified”, and co-operative governance and traditional ...
News
1 year ago

He said the minister was constitutionally required to make these regulations.

“One fact that we should not forget in deliberations in this matter is that we are dealing with a new [pandemic] which is ravaging, not only this country, but the whole world at a rapid rate,” Moerane said.

Moerane said the responses of those who had the responsibility of looking after the lives and health of South Africans had to take that reality into account.

Moerane said action by the minister had to be taken on the basis of what is known.

“Though the body of knowledge is increasing, what science tells us is probable has to guide the reaction of the state.”

In her papers filed before court, Dlamini-Zuma said studies showed that the use of tobacco products increased not only the transmission of Covid-19, but also the risk of contracting a more severe form of the disease.

“The minister has taken the import of the existing literature,” Moerane said.

However, Gauteng Judge President Dunstan Mlambo told Moerane that counsel for Fita, Arnold Subel SC, had argued that the evidence provided by the minister was inconclusive and therefore did not justify the ban.

“We dispute that this evidence is inconclusive,” Moerane said.

“There was nothing inconclusive about that.”

Moerane said prohibiting the sale of tobacco products in an effort to lower the number of people who smoke will achieve a favourable result.

“Not taking any action would be in breach of her constitutional duties,” Moerane said.

Moerane said the minister's task involved striking a balance between a number of considerations — including economical and medical — to protect public from the devastating effects of the pandemic.

“Her decision is manifestly polycentric.”

Moerane said Section 27.2 of the Disaster Management Act empowered her to make the necessary regulations that may be necessary to prevent the escalation of the disaster or to alleviate, contain and minimise the effects of the disaster.