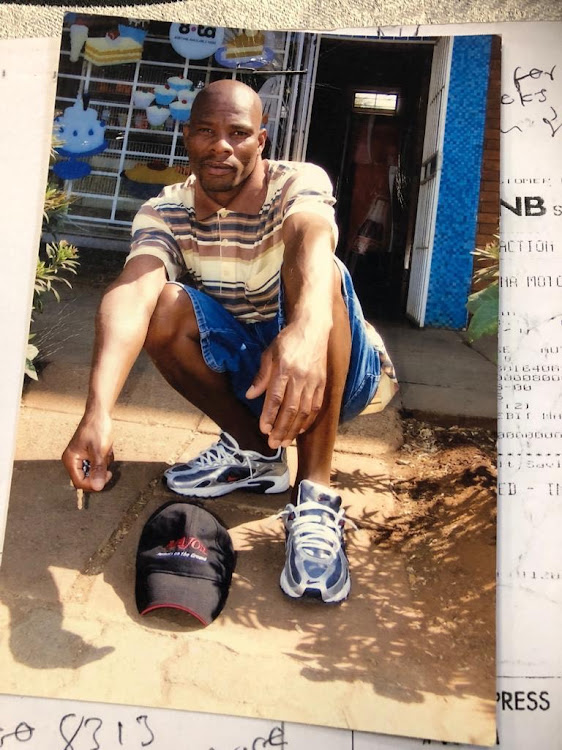 Khulekani Nkosi, 41, is wanted by the police in connection to the murder of Mkhuhlu high school principal, Johannes Makau Makhomba.
Image: Supplied

The Mpumalanga police are seeking the public’s help for the arrest of Khulekani Nkosi in connection with the murder of a school principal.

Nkosi, 41, is originally from Vryheid in KwaZulu-Natal is believed to have information that can shed light on the death of Mkhuhlu High School principal Johannes Makau Makgoba.Makgoba had initially gone missing on February 18, 2018 and was found dead after two days in the bushes in Hazyview, which is also the area of his school.

Police investigation linked Nkosi and his friend, Evans Malele, to the murder.

“After a vast search for the two, investigations pointed that Nkosi and Malele were seen driving around in Makgoba’s vehicle both in Limpopo and KZN. Police went to look for them in KZN but they managed to evade the police, leaving the car behind as they fled on foot.

"[New] information revealed that they were hiding in Gauteng trying to get back to Mpumalanga. Police found them hitchhiking, but Nkosi managed to escape while Malele was arrested. Nkosi has been evading arrest since then,” said Hlathi.

Malele was sentenced to 20 years in prison in the Mbombela Division of the High Court in July last year for the murder of Makgoba.

"We will relentlessly hunt Nkosi until we find him and make sure that he is brought to justice. The community should also help us and I urge anyone who might have information regarding these suspects to help us," said Hlathi.

A 54-year-old man was arrested after he allegedly murdered his mother and dumped her body in a drum of cement, Gauteng police said on Tuesday.
News
1 year ago

An eight-month pregnant woman who disappeared from home last week was found hanging from a tree yesterday with stab wounds.
News
1 year ago
Next Article