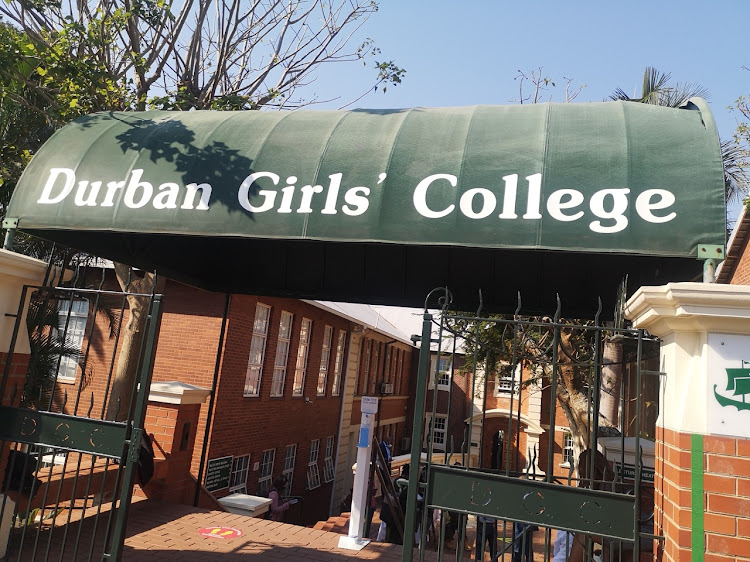 The provincial education department has called for an independent investigation into allegations of past and recent incidents of racism at the elite Durban Girls' College.
Image: Suthentira Govender

The KwaZulu-Natal education department has called for an independent investigation into allegations of racism at Durban’s oldest and most elite girls' private school, Durban Girls' College (DGC).

Education MEC Kwazi Mshengu made the call at a meeting with the school's managers and directors on Monday.

Several people shared their own alleged experiences of racism on a video posted on Instagram.

The outrage was apparently sparked by an e-mail sent out by the head of student affairs  regarding social media messaging about the death of George Floyd through police brutality in the US. It states that while the school “abhors physical violence”, it cautions that “your commitment to DGC and integrity must ensure that you use good judgment in your use of social media as you represent the school”.

The school stressed that pressure must not be put on others to post opinions.

This prompted a Facebook posting by Melissa Ngcobo, a 2016 matriculant, who alleged she had experienced many racist incidents while at the school.

Many former pupils allege they were bullied and harassed by “white teachers” because of their hair.

Mshengu told a media contingent at the school that the petition was also signed “by some girls who are currently pupils at this school sighting incidents of racism'.

“We came here to meet with management and the board of directors to understand how they are dealing with the matter.”

He said some board members had been incorporated into a task team “to look into how best the school can handle these matters” in future.

“They have also appointed Dr Judy Dlamini, deputy director-general in the education department, as a facilitator to talk to the girls who have raised these allegations and help the school to ensure these incidents don't happen again.”

Mshengu said apart from the school's effort, the department was of the view that “we need an objective process to investigate allegations from the past and those alleged to exist currently.

“We agreed that incidents of racism should be confronted whenever they raise their ugly heads. None among us condone such incidents, and we agreed we will stand together to fight any form of racism. It is a scourge that, if not properly dealt with, will take the country backwards.”

Education MEC Kwazi Mshengu arrives at Durban Girls College in Musgrave where allegations of racism have surfaced. He is meeting with the school's executive. @TimesLIVE @yasantha pic.twitter.com/kg9pga2967

The school's executive head, Marianne Bailey, ​ said: "​This is not an easy matter. It's not something any school would like to deal with.

“However,  the reality is that we have been made aware of issues of racism and we take them very seriously. As a board and a management team we are committed to improving so we go forward constructively.

“It's encouraging to know we can work with the department. As the MEC rightly said, this not only about DGC, this is about humanity and society.”