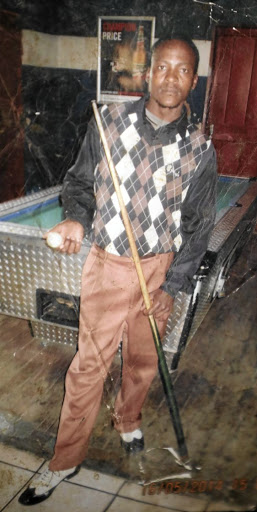 An argument over mealie meal and beer money has led a girlfriend to allegedly stab her boyfriend to death.

The couple's neighbours yesterday told how they heard noises coming from the couple's room on Wednesday, with the girlfriend asking Veli Mahlangu why he had bought a big pack of mealie meal.

They said she complained that they now did not have enough money to buy beer.

The neighbours in Kwa-Thema, Ekurhuleni, also alleged that the lovers were drunk at the time of the incident.

Mahlangu, 40, was allegedly stabbed by his girlfriend a number of times. He died at the scene. The woman had bitterly complained that the maize meal had left little money to buy beer.

Police have arrested the 31-year-old woman, and charged her with murder. She cannot be named until she appears in court.

A neighbour who rents a room next to the one the couple shared said he heard an argument between Mahlangu and the suspect around 2pm.

'Fleeing man stabbed to death by his girlfriend'

A neighbour witnessed the murder of a man fleeing from a woman wielding a knife.
News
1 year ago

"He came outside his room, saying the woman had bitten his thigh while he was asleep.

"The woman then came outside and shouted 'why did you buy a big mealie meal because you finished beer money'?", the neighbour who asked not to be named recalled.

He said the argument escalated and Mahlangu tried explaining that he wanted the mealie meal to last until month end.

"The woman then shouted, 'I'm going to kill you'," the neighbour said.

He said she then went into the room and kept cursing.

"Because Veli was a down to earth man who did not like violence, he just came to chill with us outside and we calmed him down. He went back to the room an hour later, hoping she had calmed down.

"I heard a noise again and then he came out of the room. He looked weak and was holding his chest. Before we could get to him, we saw him running out of the yard with his girlfriend chasing him with a knife. She stabbed him twice more in the chest, once in the neck and in his back."

Another neighbour said Mahlangu collapsed on the pavement near his home. He said everything happened so fast.

"I watched him run in my direction. I walked towards him but when I got to him, he was already on the ground and was bleeding profusely and he was running out of breath," he said.

The man also said the woman was drunk and after she stabbed Mahlangu, she just stood there with the knife in her hands, with blood dripping from it.

"None of us wanted to touch her so we immediately called paramedics and the police but sadly he died on the scene before help could arrive."

Sibongile Matsana, the mother of Mahlangu's three-year-old daughter, said she last saw Mahlangu last week not knowing it would be the last.

"He and I broke up in October when he left me to stay with the girlfriend but we were fixing things because he spent the entire week with me.

"He was not a violent man. He was down to earth; he always smiled."

Mahlangu has another child aged 13 who lives with his mother.

Mahlangu's sister Dudu said their mother was too distraught to speak.

Gauteng police spokesperson Mavela Masondo said: "The suspect tried to escape the might of law by posing as one of the bystanders at the scene."

He said she would appear in the Springs magistrate's court soon.

As we commemorate national child protection week, in today's edition we are sadly reporting about two children who were brutally murdered.
Opinion
1 year ago

Boy (4) killed in the bushes near home

Last Tuesday, Bandile Skosana celebrated his fourth birthday. On Saturday morning he disappeared from his father's home in Bronkhorstspruit, east of ...
News
1 year ago

A 17-year-old boy accused of murdering Soweto teen Siphiwe Sibeko is expected to hear his fate on a bail application today.
News
1 year ago
Next Article