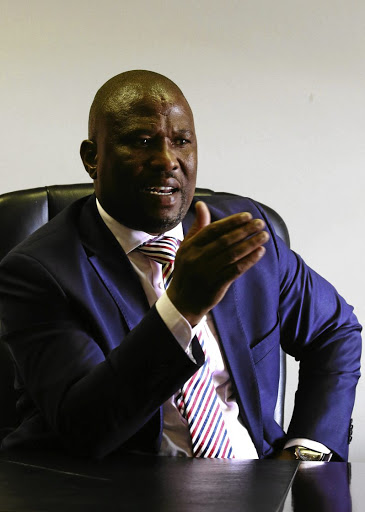 Mabuyane has been in quarantine for the past week after fears that he may have contracted the virus from one of his staff member, special adviser Zandisile Qupe who had tested positive.

Mabuyane confirmed today that his results had come back negative ultimately ending his quarantine.“As also I have tested because I was a significant contact to him. I have since received my negative results and that ends my self-quarantine as the premier,” Mabuyane said.

Eastern Cape currently has 4,526 positive cases with 95 having lost the battle against the coronavirus.

Mabuyane said he was concerned about the snaking queues at liquor stores which he feared may thwart their province’s fight against the virus.He warned that should the queuing at liquor stores continue, he may be forced to ask the national government to stop the sale of liquor in the province.

Since the lifted ban on the sale of liquor on Monday, hospitals have reported an increased number of patients in trauma units.

“Alert level 3 is meant to open up our economy in a manner that does not lead to a rise in the economy. I’m afraid the scenes of long queues at liquor outlets were anything for go by, we might see a spike in infections,” Mabuyane said.

“This defeats the very same essence of saying people must stay at home, maintain social distance and adhere to proper hygiene.

"We are hopeful that such scenes won’t be a constant feature in our province going forward because we would be left with no choice, but to lobby the national government to prohibit the sale of alcohol again. Protecting lives is more important than alcohol sales.”

About 80% of the Eastern Cape population are likely to contract Covid-19.
News
1 year ago

A number of doctors who were working for the Eastern Cape health department are idling at home as the department has no money to retain them. ...
News
1 year ago
Next Article