One of the accused in Andile Mbuthu murder is his cousin 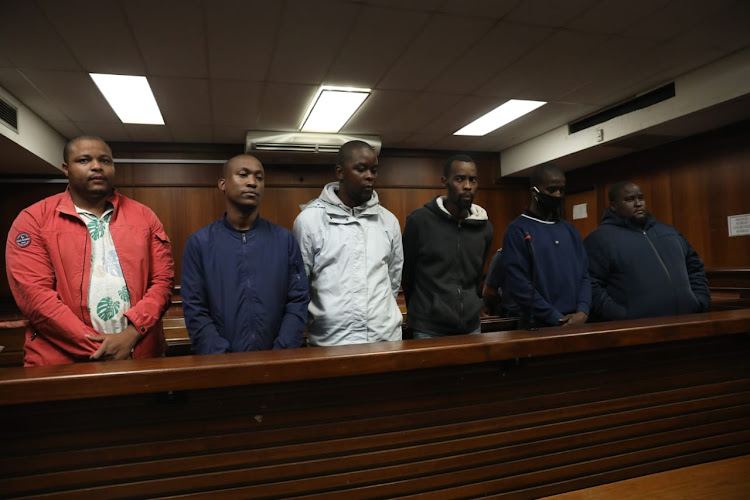 One of the seven men accused of murdering Tongaat teen Andile “Bobo” Mbuthu is his cousin.

This emerged during day two of bail applications which continued in the Verulam magistrate's court on Wednesday. The court heard that accused number one, Mlungisi Thabathe, 28, who is also the owner of the tavern where Mbuthu last seen, is his cousin and that their fathers are brothers.

Mbuthu was laid to rest at an emotional funeral at the weekend after DNA tests confirmed that the body that was discovered in a river near his house was his.

Thabathe, along with Andile Nhleko, 27, Mncedisi Mzobe, 27, Siyanda Msweli, 26, Lindani Ndlovu, 22 and Malusi Mthembu 27 are charged with the murder and kidnapping of Mbuthu who disappeared after he was allegedly assaulted for stealing alcohol from a local tavern in Hambanathi in Tongaat, north of Durban.

The seventh accused, a minor, has already appeared and abandoned his bail application. The matter will continue on Thursday.

A 16-year-old male has been identified as the seventh suspect in the murder and kidnapping of Tongaat teen Andile “Bobo” Mbuthu.
News
2 years ago

Kwazulu-Natal police have opened an inquest docket after a senior police officer is alleged to have committed suicide on Thursday.
News
2 years ago
Next Article