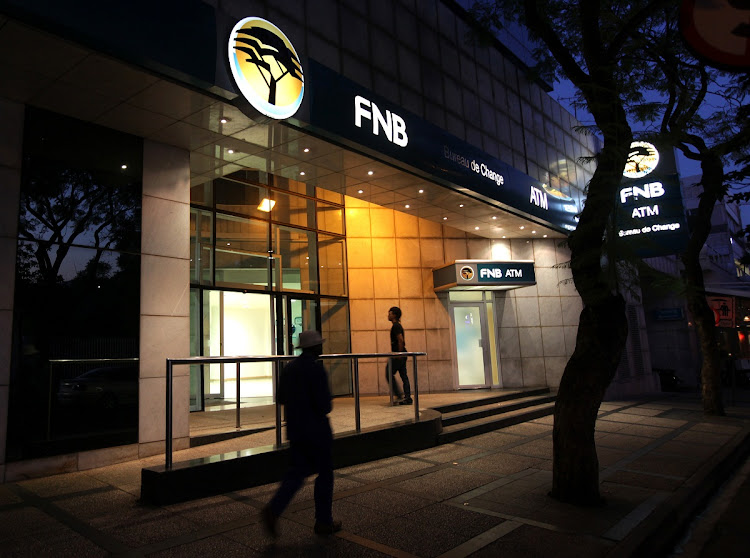 FNB says the average income of its customers fell by about 20% during the national lockdown implemented to curb the spread of Covid-19. Picture: SUNDAY TIMES

The average income of First National Bank (FNB) customers plummeted by about 20% during the nation’s lockdown as people took pay cuts or had less work.

Credit growth suffered as South Africans opted to save, he said. The slump in business is in line with guidance from other SA lenders that earnings for the first half of the year will probably decline by at least 20% as measures to curb the pandemic take their toll on customers’ finances.

Unlike its main competitors, FirstRand reports annual results through June. Banks have all extended relief to clients to help shore up their cash flows, including payment holidays and emergency loans. SA moved to alert level 3 from June 1 after being at level 4 for a month.

That was preceded by five weeks of a strict level 5 lockdown that shuttered almost all activity except essential services. The central bank sees the economy contracting by 7% in 2020.

Pressure to outshine peers persists for SA’s biggest banks, which have seen several new players enter the market in recent years, while intensified competition in the industry has also seen incumbents snatching some clients, Makanjee said. “When the economy goes through this level of challenge, we do expect a level of consolidation.

For the fourth year in a row, internet banking topped the list of complaints fielded by the office of the Ombudsman for Banking Services in SA last ...
News
1 year ago
Next Article