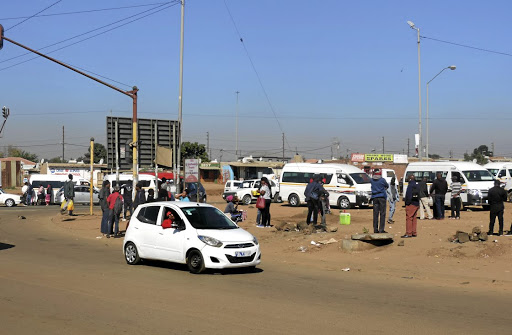 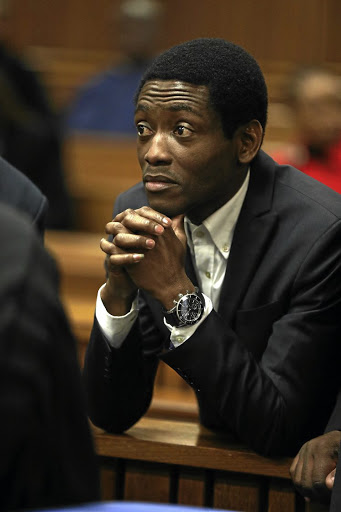 Parts of the busy Solomon Mahlangu Drive, east of the township, were temporarily blocked after taxi drivers parked their vehicles in the middle of the road yesterday morning as they protested against Mathibela's taxis which were apparently not queueing at the taxi rank like others.

Taxi drivers who participated in the protest only spoke to Sowetan on condition of anonymity. Dozens of new taxis introduced in the Mamelodi Amalgamated Taxi Association last month allegedly belong to Mathibela. The taxis are allegedly being afforded special treatment and being pushed to the front of the queues to load passengers.

Mathibela, whose bail in the murder case of North West businessman Wandile Bozwana was revoked, is in jail and fighting to have his bail reinstated.

This after extortion charges against him were withdrawn due to key witnesses either withdrawing statements or refusing to cooperate with the police.

When approached for comment yesterday, the association's chairman Ntate Phora said: "I don't know anything about why they are protesting, I only heard about it, I will meet them and find out why they are striking."

When Sowetan arrived at Mahube taxi rank, near a BP filling station, hundreds of passengers were stranded without any means to get to work.

Dozens of minibus taxis were parked at the taxi rank with taxi drivers hanging around and talking among themselves. One taxi driver said: "I always wake up at 3am to queue up, like all other taxis, at the taxi rank five days a week while the taxis belonging to Vusi Khekhe [Mathibela] are not joining the queue."

The driver said their association has not been able to address the matter.

The protesting taxi drivers said about 50 taxis belonging to Mathibela that are operating at four different taxi ranks in the township are afforded special privileges of not queuing up.

They said they have tried to raise this issues with the association without success.

"I used to make enough money for petrol, myself and my boss, but since Vusi Khekhe's taxis were forced on us, I have personally lost money because I'm sometimes short of my daily checking target," another taxi driver said.

A passenger, Shiela Maisha, 50, said: "I'm stranded for transport and don't know if I will be able to make it to work or not. My employer may cut my salary for a day missed."

Another taxi commuter, Gladys Rashibela, 45, who works at a book store in Brooklyn, couldn't make it to work and gave up trying to find alternative transport.

Deputy chairman of the Mamelodi Long Distance Taxi Association (Maldta), Stemmer Monageng, who was a co-accused in Mathibela's withdrawn extortion case, slammed the protest, saying disputes should be resolved through dialogue instead of making commuters suffer.

"Maldta has no problem and cannot close the roads for other people ... the road is for the public and people must resolve their issues at the office."

Mathibela has lodged a civil application against the department of correctional services for keeping him at Kgosi Mampuru II correctional facility's section of convicted inmates while he's still awaiting trial. The matter is expected to be heard on June 15 after it was struck off the roll due to lack of urgency.

Mathibela will be back in court later this month for the Bozwana murder trial.