Unions left in the dark on schools reopening 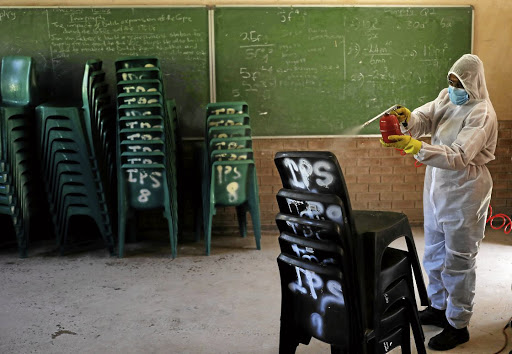 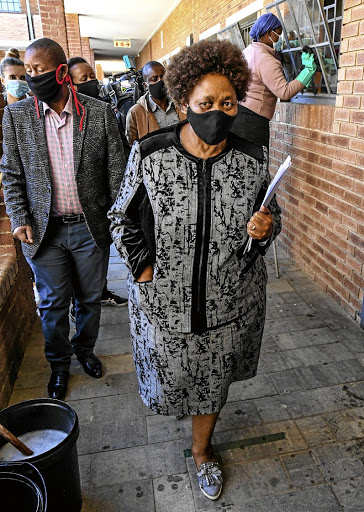 Pupils who arrived at boarding houses for the reopening of schools will have to wait another week before they can start with lessons after basic education minister Angie Motshekga made a last-minute U-turn.

The move has shocked unions, who said they had no idea that the reopening of schools would be postponed as nothing was said during a meeting on Saturday.

Last night, DBE spokesperson Elijah Mhlanga released a statement, first announcing that the briefing they were supposed to hold yesterday on the state of readiness for schools to reopen would be postponed to today.

More than an hour later, another statement was released, announcing that grade 7s and 12s would only return to schools on June 8.

"An informed decision by the Council of Education Ministers [CEM] to only have the SMTs [school management teams], teachers and non-teaching staff to prepare for the arrival of learners," the statement said.

Grades 7 and 12 pupils to return to school next Monday

Pupils in grades 7 and 12 are expected to return to school on Monday next week.
News
1 year ago

"CEM received a report from the consortium of service providers coordinated by the National Education Collaboration Trust on the external evaluation and monitoring of the state of readiness.

"All three reports converged on the fact that a substantial number of schools would not be ready for the reopening tomorrow [Monday], albeit tremendous progress had been made by most provinces, which overall reflected 80% state of readiness.

"CEM was concerned that in some provinces, personal protective equipment for learners in particular, had not been received; and some schools had not been made ready for the arrival of teachers and learners," Mhlanga said.

He said this week must be used for the proper orientation and training of teachers, the mopping and ramping up of all supply chain matters, and final touches to the readiness of each facility for the arrival of pupils.

"We have however received reports that indicate that some learners in boarding schools have already arrived.

"We urge the schools to continue with orientation of the learners in terms of the health and safety procedures that should be in place," Mhlanga said.

SA Democratic Teachers' Union spokesperson Nomusa Cembi said: "We'd like the reopening of schools to be informed by the state of readiness and compliance to Covid-19 regulations and the non-negotiables that we put forth as a union and other unions.

A KwaZulu-Natal department of education acting circuit manager is in a stable condition after being seriously injured in a car accident while ...
News
1 year ago

"So, we hope that by the 8th [of June], all the schools would be in a position to fully comply with Covid-19 regulations."

Johannes Motona, president of the Professional Educators' Union, said they were shocked by the announcement to move the address to today.

"We met with the minister yesterday [Saturday] and we pleaded with her not to reopen the schools because the system was not ready.

"Her attitude was pushy and the spirit was not conducive for all of us to reach an agreement.

"It [the meeting] was not held in good faith, but we are shocked about it [the postponement]," Motona said.

Ben Klopper, executive director for Suid-Afrikaanse Onderwysersunie, said Motshekga's decision to move her address placed its members in a precarious situation, especially in Gauteng, Mpumalanga and the Western Cape.

"Our members know that there is a circular instructing them to go back to work and it hasn't been withdrawn," he said.

Alan Thompson, president of National Teacher's Union, discouraged teachers and pupils from going back to school due to a lack of adequate safety measures.

He said the decision to reopen schools was undertaken before the process of consultation unfolded.

"Unfortunately, on the part of unions these consultations were largely symbolic," Thompson said.

"Many times, unions made critical inputs on the documents presented by the department, especially the 'grand plan' which the department had already prepared.

"After making the same comments repeatedly, and noticing that the department was not willing to make any adjustments to the plan, subsequent meetings begun to be frustrating," he said.

Back to school rules: Must be at 50% capacity and pupils must be 1.5m apart

When schools open across SA, they may only operate at 50% capacity.
News
1 year ago

National Association of School Governing Bodies general secretary Matakanye Matakanya said: "We really don't know what made her to postpone the briefing because we agreed yesterday that she's going to brief the nation today [yesterday] about the way forward.

"The PPEs [personal protective equipment] must be put into schools, water and all those things.

"So the parents have got the right to take decisions whether to take their children to school or not.