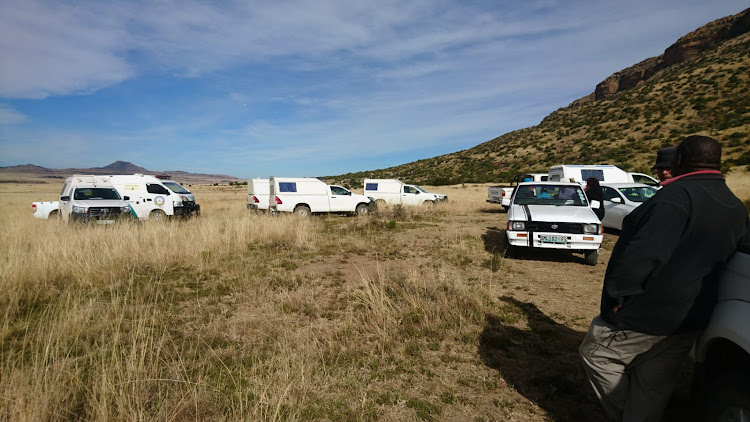 After conducting an aerial and ground search, the family was surprised when they discovered the body in a spot they had earlier searched.
Image: Supplied/family spokesperson

The body of four-year-old Mpho Albert March who went missing in Tweespruit in the Free State was discovered in the veld on Friday afternoon, his family said.

“The child has been found but unfortunately he is not alive any more,” said family spokesperson Gert Patchoa.

The body was found in an area that been searched before, Patchoa added.

The mother of the boy, Anastatia March, alerted officers that her son was  missing after he went to the veld with a 15-year-old boy on Monday.

Patchoa said the body was discovered by women collecting firewood.

“Ladies went to fetch firewood in the morning. One of them saw dogs barking at a certain spot, so she went to investigate why the dog was barking and she discovered the tiny body. She recognised the boy’s body and screamed for help from other ladies who were with her.

“They made a call to the community and they all came up and discovered that it was the boy’s body which was face down. He was found next to a small tree and the grass is not that long.”

Police said they would only comment on the matter at a later stage.

'No matter in what condition, we just want him found alive': desperate search for 4-year-old boy

With temperatures dropping below freezing in the Free State this week, the family of missing 4-year-old, Mpho Albert March, remain hopeful that he ...
News
2 years ago

Free State police are trying to trace a four-year-old boy who went missing in the Thaba Patswa location at Tweespruit.
News
2 years ago
Next Article