Covid-19: Some judges refuse to use their own computers during lockdown

Image: 123RF/skycinema Some judges are prepared to use their private computer hardware to facilitate 'virtual' hearings, but others refuse to do so, according to a letter sent by the head of the General Council of the Bar to the Chief Justice.

Justice in lockdown is being hampered because some judges, who earn almost R2m a year, refuse to use their personal computers for “virtual hearings”.

This has emerged in a letter written by the chair of the General Council of the Bar, advocate Craig Watt-Pringle, to Chief Justice Mogoeng Mogoeng and judge presidents in which he cites several issues in getting access to high courts.

While some courts are doing well under these difficult circumstances, he says, others are not, and there are huge disparities in how divisions are functioning.

“Many judges complain that they do not have government-issue laptops with webcams. Some are prepared to use their private computer hardware to facilitate hearings, while others refuse to do so. Some are prepared to accept assistance from the attorneys for the parties acting jointly (for example in the form of a loan laptop for the duration of the virtual hearing) while others are not,” he said.

GroundUp is also aware of two instances where, in matters relating to access to children, judges have refused to attend court, passing on the message via their secretaries to the parties waiting in the courtroom that they did not deem the cases to be urgent.

We approached several judges but they declined to comment, even off the record.

Spokesperson for the office of the Chief Justice, Nathi Mncube, confirmed receipt of Watt-Pringle’s letter but refused to comment further.

Watt-Pringle said the General Council of the Bar wanted to play a constructive role in resolving the problem and asked for an opportunity to engage with the Chief Justice and heads of courts.

“As you are aware, limited access to courts by litigants and practitioners has attracted negative media attention. Our primary concern is the impact the restrictions have on access to justice and the rule of law,” he said.

“At a time when civil liberties have been significantly curtailed and enterprises of all sectors of the economy are facing ruin, a functioning judicial system is essential.”

He said the courts which were functioning relatively well were using a combination of electronic filing and issuing of documents, virtual hearings via video link, and written argument, instead of live hearings.

“Other courts complain of a lack of necessary computer and information technology and refuse, on this basis, to facilitate any hearings.”

Watt-Pringle said while some court’s directives “give the appearance of facilitating access” in practice this did not happen. “Some divisions leave matters to the discretion of individual judges which makes it impossible to advise clients whether their matters qualify to be dealt with under the current circumstances and if so, when and how.”

Alison Tilley from judicial oversight organisation, Judges Matter, said: “In these difficult times, access to justice is a real challenge. Solutions like video-conferencing need to be embraced by lawyers and judicial officers to keep matters being heard. Under the circumstances, judges buying their own laptops if they don’t have them seems reasonable. The Office of the Chief Justice will have to look at this issue in the longer run as a standard piece of office equipment.” 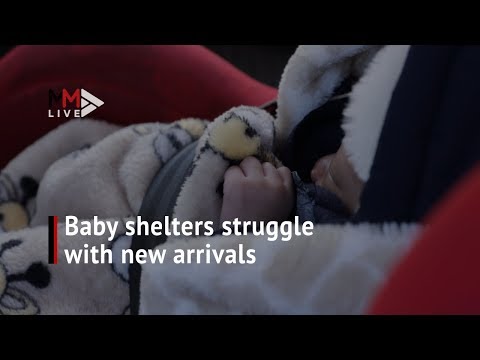