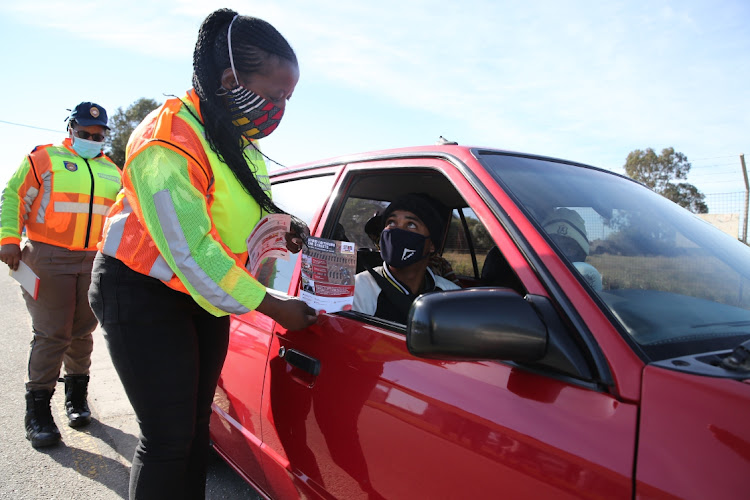 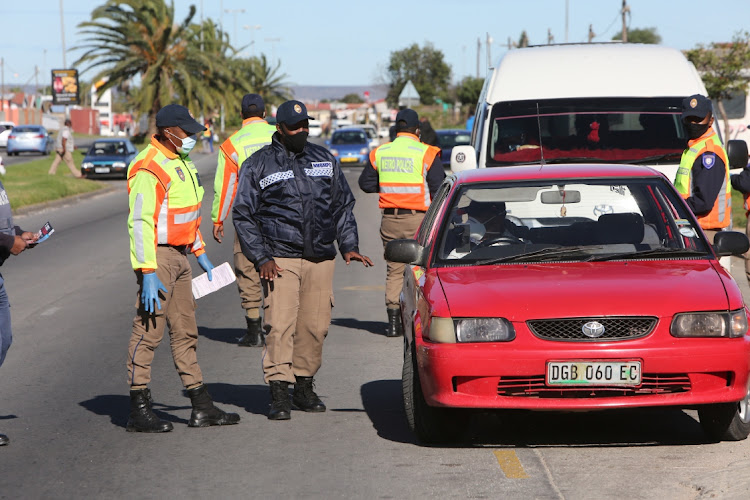 "Avoid loitering in the streets or you’ll end up in a grave."

That was the gist of one of a number of hard-hitting messages on flyers that were handed out by municipal officials, metro police and police officers at a roadblock in Maku Street, Motherwell, on Thursday.

The flyers are being distributed as part of the Nelson Mandela Bay municipality’s Covid-19 awareness programme  aimed at curbing the transmission of the virus in the metro’s identified hotspots.

Other identified hotspots  in the city are Zwide, KwaDwesi, Kwazakhele, Walmer and New Brighton.

By Thursday, a total of  1,016 infections had been recorded in the metro. Of these,  110 were recorded in Motherwell, according to metro communications official Mamela Ndamase.

Ndamase said that 34 Covid-19 patients in the metro had died by Thursday and  472 others had recovered. 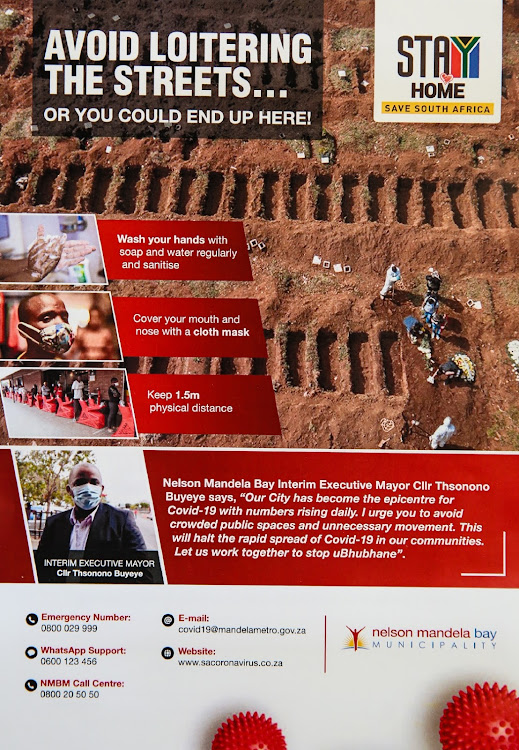 Metro police and police were on hand  in Motherwell to ensure people were in compliance with public transport and pedestrian regulations.

One man was arrested at the roadblock, and 10 fines were issued.

Interim executive mayor Thsonono Buyeye, who was also at the roadblock,  said despite the distribution of awareness messages, infections continued to increase rapidly in Motherwell.

Buyeye said officials had been visiting the area, distributing hand sanitiser and masks to residents in informal settlements because many could not afford to buy them.

“Ours is to make sure that we preach the message that people must continue to observe the Covid-19 regulations and adhere to social distancing, continue to wash their hands and do all required to do to prevent Covid-19,” Buyeye said.

He said the officials  would return to Motherwell soon and focus more closely on identifying the parts of the township with the highest infection rate.

“We will be back and next time we will be coming with teams for screening and testing,” he said.

Buyeye said Zwide, KwaDwesi, Kwazakhele, Walmer and New Brighton, which were also Covid-19 hotspots,  would also be visited by officials.

He  urged residents not to  fear testing, especially those in informal settlements who would have challenges self-isolating.

“As much as the infection rate has increased, so have recoveries,” Buyeye said.

He said facilities had been made available in the metro to treat people who fell ill after testing positive for Covid-19.

The Herald previously reported that sections of Nelson Mandela Stadium had been converted into wards to treat an expected overflow of Covid-19 patients.

Volkswagen is setting up a field hospital at its plant in Struandale.

Police to clamp down on illegal alcohol brewers in KZN townships

As South Africa enters a 21-day lockdown, during which the sale of alcohol will be prohibited, law-enforcement officials have sounded a warning to ...
News
1 year ago

Buyeye also said metro officials would visit  and engage their counterparts in the  department of education and other stakeholders to ensure the department was ready for schools to reopen on Monday in  compliance with the government’s  regulations.

Grade 7 and 12 pupils are expected to return to classes, under strict guidelines, but teachers’ unions and some parents have expressed concern about whether schooling can resume.

Buyeye said officials would also be monitoring the expected reopening of  places of worship under level 3 of the lockdown.

The government announced this week  that churches may reopen under strict conditions, including that worshippers must wear masks, may not come into physical contact with each other, keep at least 1.5m apart and that not more than 50 people are admitted at a time.