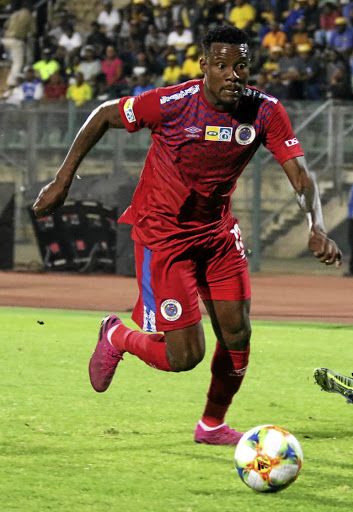 Gabuza, who also played for Orlando Pirates and Bafana Bafana, and his four friends were arrested by traffic police officers on the N1 in Johannesburg for allegedly driving over the speed limit.

The group, that included Rhythm City and The River star Sphamandla Dludlu and musician Queen Lolly, were arrested on Friday night and released on Saturday afternoon.

Gabuza, who was driving a BMW, was arrested for allegedly speeding, while others were arrested for breaking the Covid-19 regulations.

According to a Sowetan source close to the group, Gabuza and his group of friends had a party at his house in Midrand, Johannesburg, where they played loud music. The group arrived at a Shell Garage where they found the garage closed and Gabuza started revving his car and playing loud music.

The group was stopped by traffic officers on the N1 near Mall of Africa.

The source further said the group was escorted to Sandton police station where they spent the night.

Provincial police spokesperson Capt Mavela Masondo confirmed that Gabuza was among the people who were arrested at the weekend.

"They were arrested by traffic officers after the car sped past them on the N1. The officers stopped the car and found that they were five inside the car. A case of reckless driving and speeding was opened by police against the football star and the rest were charged for contravening the lockdown rules," Masondo said.

Masondo confirmed that Gabuza and his friends are each out on R1,500 bail and are expected to appear in the Randburg magistrate's court on July 15.

Suspended communications and digital technologies minister Stella Ndabeni-Abrahams says a video shared on social media of her dancing next to a new ...
News
2 years ago

Communications minister Stella Ndabeni-Abrahams has paid an admission of guilt fee of R1,000 after she was charged for “unlawfully and intentionally” ...
News
2 years ago

That won't get Stella her lockdown groove back

I am a creative, so you bet my imagination is up there at Hollywood level with special effects and great soundtrack.
Opinion
2 years ago
Next Article