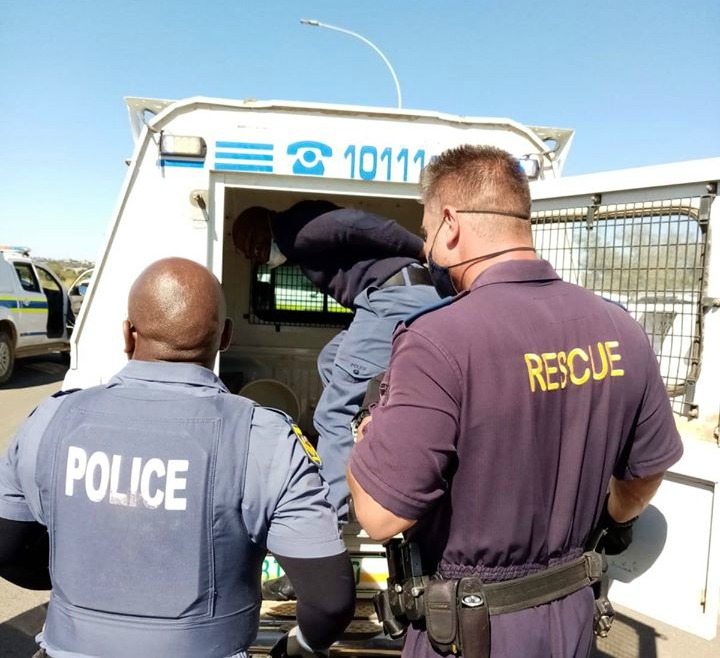 Police said on Tuesday they had beefed up their capacity to handle complaints about brutality, and cruel, inhumane and degrading treatment during the lockdown in response to a Pretoria high court ruling in the Collins Khosa case.

The national service complaints centre can be reached on the toll-free number 0800 333 177 or via e-mail on complaintsnodalpoint@saps.gov.za or service@saps.gov.za.

“Complainants will also be required to give a detailed description of what occurred during the incident, including the province/area in which the complaint originated as well as the date and time of the incident and details of the SAPS officials involved.”

The SA National Defence Force members, who were allegedly involved in the death of Collins Khosa in Alexandra, Johannesburg, have been suspended
News
2 years ago

The high court ruled on May 15 that all people in SA were entitled to a number of rights which could not be suspended, even during the Covid-19 state of disaster. This was in response the death of Khosa, 41, who was allegedly beaten at his home in Alexandra, Gauteng, on April 10.

Khosa's family sought, and were granted, an order compelling defence minister Nosiviwe Mapisa-Nqakula and police minister Bheki Cele to develop and publish a code of conduct and operational procedures for soldiers and police deployed during the state of disaster.

Guidelines subsequently issued on the enforcement of the state of disaster regulations state that “enforcement officers” would “treat all people fairly and respect their constitutional rights and dignity at all times, regardless of race, ethnicity, gender, culture, social standing, language or sexual orientation”.

What will happen if you are alleged to have committed an offence under lockdown? The guidelines say:

“Please note that an enforcement officer may forcibly confine the body of the arrested person if the person does not submit to custody,” according to the guidelines.

In apparent compliance with the Pretoria high court ruling in the Collins Khosa “lockdown brutality” case, the police commissioner has sent out ...
News
2 years ago
Next Article