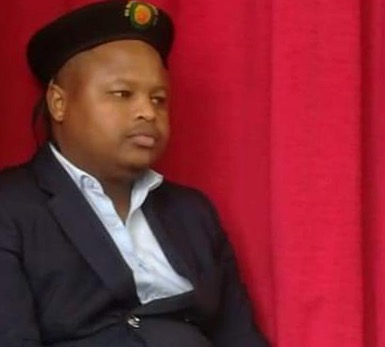 KwaZulu-Natal ANC Youth League leader Kingdom Gcabashe was gunned down outside a friend's home near Pietermaritzburg on Monday
Image: Facebook

The ANC Youth League (ANCYL) in eThekwini is mourning the killing of one of its leaders.

Kingdom Gcabashe, 29, ANCYL branch secretary in ward 91 eThekwini, was gunned down on Monday outside a friend's house in Hammarsdale, near Pietermaritzburg.

The league said it was troubled by Gcabashe's death.

"Another young man lies lifeless, and we are left wondering what could have been the reason. We urge law enforcement agencies to investigate this senseless killing and to bring to justice those found to be implicated in its planning and its execution," ANCYL regional secretary Thinta Cibane said.

Cibane urged anyone with information that may assist law enforcement agencies to come forward.

Gcabashe's killing occurred just hours after another ANC leader was shot dead north of the province.

Umtubatuba local municipality chief whip and ANC councillor Phillip Mkhwanazi also died on Monday in a hail of bullets at his home at about 11am.

Mkhwanazi was killed by unknown men.

“It is shocking that yet again we lose one of our own through the barrel of a gun. We urge  law enforcement agencies to swiftly act  so that the perpetrators can be brought to book," ANC provincial spokesperson Ricardo Mthembu said.

The mother of a teenage boy who was suffocated and shot in cold blood while she was working the night shift says she needs answers from the killers.
News
1 year ago

Police in Bohlokong in the Free State have launched a murder investigation after a 49-year-old woman was found murdered.
News
1 year ago

Lawyers for Cradock Four push NPA for a decision on prosecutions

A law firm representing the families of the Cradock Four has demanded that the National Prosecuting Authority decides by no later than July 10 on ...
News
1 year ago
Next Article