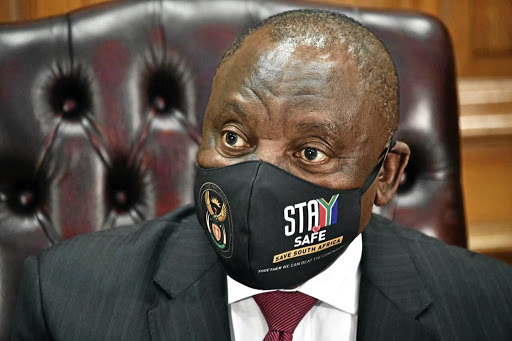 The decision by the government to continue the ban on the sale of cigarettes and tobacco products has been met with anger from the tobacco industry.

The Fair Trade Independent Tobacco Association (Fita) chairperson, Sinenhlanhla Mnguni, said the announcement was disappointing and that they would continue their legal bid to have the decision reversed, adding that the government had until tomorrow to respond to their court papers on why the ban of tobacco products should continue.

Fita was reacting to President Cyril Ramaphosa's announcement in Pretoria last night that the sale of tobacco would remain prohibited as the country moves to Covid-19 alert level 3 from June 1.

Ramaphosa, however, said the sale of alcohol would once again be allowed in SA during level 3 of the lockdown.

Mnguni said they found the continued ban of tobacco baffling as there had been no scientific evidence that tobacco led to the spread of the coronavirus, but that there had been a link to hypertension and diabetes which to them raised the question around why the government was not banning sugary products instead.

"We haven't been advanced reasons in the past as to what the rationale, or what the government's thinking is in as far as the ban is concerned. There has never been a proven [link] between the sale of cigarettes, or smoking rather, and Covid-19. I don't think that we've had any evidence from any of the countries whether they have successfully treated the virus or not to show that smoking has exacerbated the Covid-19 virus," Mnguni said.

"We know of course that the majority of things associated with Covid-19 have been through hypertension, diabetes and renal failure, which are mostly diet-related comorbidities. Now why do you not ban, for instance, sugary products such as fizzy drinks, chocolates and sweets?"

South Africans will be allowed to buy and sell alcoholic beverages on June 1 after a ban on liquor that lasted more than 60 days.
News
2 years ago

Mnguni said tobacco industry contributes R15bn a year just on excise levy, which was just over R1bn a month.

Ramaphosa said the sale of tobacco products would remain prohibited in level 3 due to the health risks associated with smoking.

However, Yusuf Abramjee of the Tax Justice South Africa said the extension to the cigarette ban was the green light to the illicit sale of "unsafe" illegal cigarettes.

"With their decision to extend the irrational and unworkable tobacco ban, the National Command Council has written a blank cheque for criminals and robbed the South African people of billions of rands that could save lives," Abramjee said.

"All the evidence show that the vast majority of smokers are not stopping smoking during the lockdown and are simply buying on the black market.

"If smokers' health was the ministers' concern, they would not be trying to force them to go 'cold turkey' without any support or rational explanation."

The issue of the sale of alcohol and tobacco products has recently been in the public domain, with speculation that the national coronavirus command council led by Ramaphosa was apparently divided on this issue.

Transport minister Fikile Mbalula tweeted last night: "Alcohol is back on sale from the 1st of June. Remember, we've never left the roads. Sizokubamba (we will arrest you) u__e (sic) if we find you umnandi, umanzi (slang for drunk) on the road."

EFF MP Mbuyiseni Ndlozi also reacted via Twitter: "Never have I thought it would be possible for a post-apartheid black president to tell us "we are on our own"... YES, that's what just happened. By saying "it is now in your hands", Ramaphosa is saying "you are on our own"!"

The DA, has welcomed government's announcement that the country will move to Covid-19 alert level three as of June 1, albeit insisting it came six ...
News
2 years ago

The IFP said they believed the move to lockdown alert level 3 was premature and therefore required special attention to detail and careful consideration if the government was to continue saving lives.

"Government's efforts to date have been commendable despite a few hiccups during the 59 days of our nationwide lockdown. However, the transition to level 3, while premature, will require the full cooperation of all sectors of our society," IFP spokesperson Mkhuleko Hlengwa said.

Ramaphosa said moving to alert level 3 marked a significant shift in our approach to the pandemic.

"This will result in the opening up of the economy and the removal of a number of restrictions on the movement of people while significantly expanding and intensifying our public health interventions.

"Alcohol may be sold for home consumption only under strict conditions, on specified days and for limited hours. Announcements in this regard will be made once we have concluded discussions with the sector on the various conditions," said Ramaphosa, adding that the ban on church gatherings stood.

He also indicated that up to eight million people would be returning to work as more sectors of the economy reopen.

The president said even though the entire country would be on alert level 3, it was important that South Africans be aware that there were parts of the country where the disease was concentrated, with infections continuing to rise.

"We will have what we call a differentiated approach to deal with these areas that have far higher levels of infections and transmission. These areas will be declared coronavirus hotspots," Ramaphosa said.

He said some of the hotspots were metros such as Tshwane, Johannesburg, Ekurhuleni, eThekwini, Nelson Mandela Bay, Buffalo City and Cape Town. The president said the government had known all along that the lockdown's intention was to delay the spread of the virus and that it would not be able to stop it. He said the lockdown can't be sustained indefinitely.

Ramaphosa said the reopening of the economy was happening despite expected increase in infections. He said around 20,000 hospital beds are being re-purposed for Covid-19 cases and that 27 field hospitals are being build around the country for those who would need hospital care.

He reiterated plans for resumption of schools: "We will be resuming classes for grades 7 and 12 learners from June 1. Strict infection control measures and, where necessary, additional water and sanitation infrastructure are being put in place."