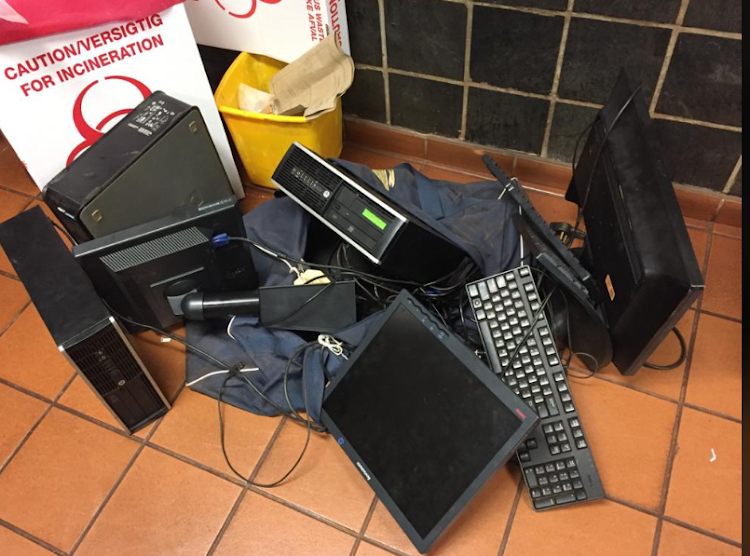 Police recovered five laptops and two Wi-Fi routers that were suspected to have been stolen during school burglaries in Limpopo.
Image: Supplied

Limpopo police have arrested another two suspects in connection with a recent spate of school burglaries in the Thohoyandou area.

Police also recovered five laptops and two Wi-Fi routers that were suspected to have been stolen during the burglaries.

“Community members alerted the police about the presence of two men who were in possession of suspected stolen property in the Thohoyandou CBD. They then reacted swiftly and pounced on them. One of the suspects was found in possession of four laptops and the other had two Wi-Fi routers and one laptop.”

The suspects, aged 22 and 27, were expected to appear in court soon.

Things took an unexpected turn for a suspect in Kwa Thema on the East Rand when he was allegedly caught red-handed trying to rob the Nkumbulo High ...
News
1 year ago

Basic education minister Angie Motshekga has expressed deep concern that 962 schools had been vandalised since the start of the lockdown.
News
1 year ago

IN FULL | Angie Motshekga's statement on plans for schools to reopen

Basic education minister Angie Motshekga on Thursday outlined the plans for schools to reopen. She announced that schools will reopen on June 1 for ...
News
1 year ago
Next Article