R2.6m in illegal cigarettes or alcohol seized on SA's borders since start of lockdown: Cele 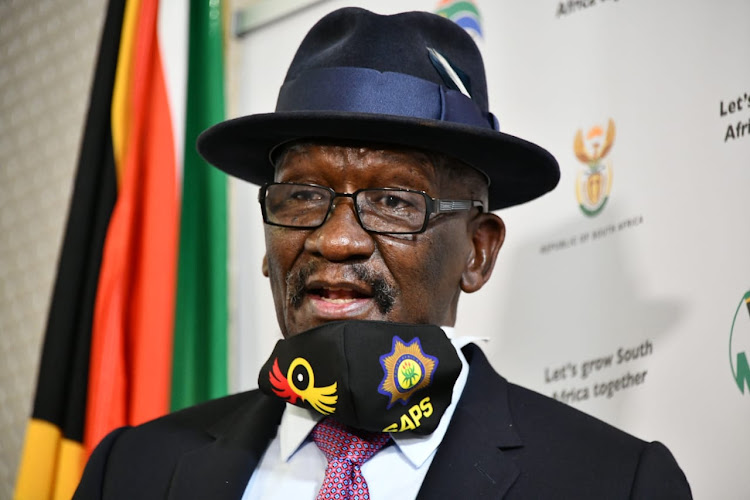 Police minister Bheki Cele said organised crime syndicates have taken advantage of the lockdown, especially the ban on the sale of alcohol and cigarettes.
Image: GCIS

Police minister Bheki Cele said organised crime syndicates have taken advantage of the lockdown to expand the illegal trade in illicit and counterfeit alcohol and cigarettes.

During a press briefing on Friday, Cele admitted that organised crime syndicates had used the lockdown period to expand their illegal trade.

His admission about the increase in these crimes appears to give credence to critics of the government’s strict regulations on the ban of both products. Critics have constantly argued that the ban would open space for contraband.

Children have become part of the illicit cigarette trade due to the effects of Covid-19 and the need to provide for their families.
News
1 year ago

Cele said about R2.67m in "contraband" items had been confiscated on SA's borders.

He said they have also observed an increase in smuggling contraband liquor and tobacco products between South Africa's land borders with Botswana, eSwatini, Lesotho, Mozambique and Zimbabwe, as well as the sale of these products in the black market.

“Our lockdown partners, the SANDF, have disrupted some of these operations,mainly along South African borders with Mozambique, Zimbabwe and eSwati,” said Cele.

He said they had confiscated contraband, including alcohol and cigarettes, worth about R1.07m in March and R1.6m in April.

His admission also comes after research showed the ban on cigarette sales did not necessarily stop access to the products.

The minister revealed that 230,000 people had been charged for contravention of the lockdown regulations, including "liquor-related offences and cigarette-related offences, illegal gatherings, failure to confine to place of residence, cross-border and inter-provincial movement, business-related and transport-related offences and fraudulent or no permits."

The provinces with the highest number of arrests for contravention of the lockdown regulations "almost mirror the provincial infection rates, with Western Cape in the lead, followed by Eastern Cape, KwaZulu-Natal and Gauteng", said Cele.

Will the tobacco ban be rolled into SA's level 3 lockdown regulations?

Will the ban on cigarettes be extended even further, into level three of the lockdown regulations?
News
1 year ago

Seven men were arrested after being found in possession of several boxes containing counterfeit cigarettes and hair weaves worth almost R1m at ...
News
1 year ago
Next Article