Cold and snow expected to hit parts of SA from Monday 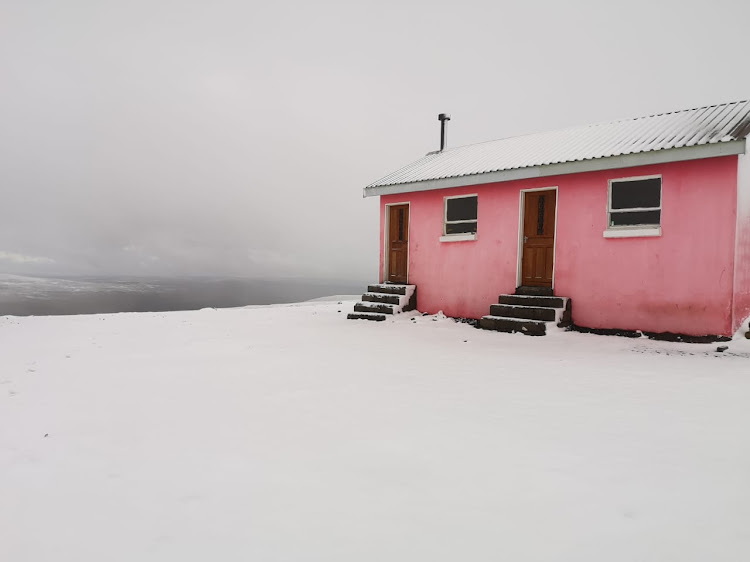 An intense cold front with snow is expected to hit parts of SA from Monday.
Image: AfriSki/Martin Schultz

The SA Weather Service has warned South Africans to brace for wintry weather next week as temperatures are expected to drop significantly from Monday.

The warning comes after two recent snowfalls in the Eastern Cape and Lesotho.

The service said the Western Cape and extreme southwestern areas of the Northern Cape were expected to experience their first snow of 2020.

“The weather system responsible is an intense cold front which will be supported by a steep upper trough from Sunday night, bringing rain showers to the southwestern areas of the Western Cape.

“Ahead of this cold front, windy conditions are expected over most areas, with strong to gale force northwesterly winds (50-70km/h) over the interior of the Western Cape. Gale force winds can also be expected but are likely to be confined to the southwestern and southern coasts of the Western and Eastern Cape respectively,” said spokesperson, Matshidiso Mogale.

Many parts of SA are in for a rough three days weather-wise, with severe thunderstorms, heavy downpours, cold temperatures and snow predicted from ...
News
1 year ago

She said snowfall was expected to spread to the central and northern interior of the Eastern Cape on Tuesday.

Mogale said very rough to high seas, with wave heights varying between 4.5m and 6.5m, could also be expected along the aforementioned coastline.

The cold front was expected to introduce wintry conditions on Monday, and bitterly cold daytime temperatures are expected to spread eastwards over the Cape provinces.

“Communities living in the extreme southwest of the Western Cape should also brace themselves for a combination of cold, strong gusty winds as well as moderate rainfall.

“Numeric modelling suggests rainfall of 5mm to 15mm over parts of the Western Cape, while mountainous areas are likely to experience more significant falls, possibly 20mm to 30mm. There is also a potential for localised flooding in places,” said Mogole.

The service said even the southern parts of Gauteng were likely to be cold and windy on Tuesday.

Snowfall was also likely to spread to include Lesotho, QwaQwa and the KwaZulu-Natal Drakensberg mountains.

Mogale warned those wanting to see the snow against visiting certain areas.

"While many will be excited to see snow, the weather service strongly encourages the public to refrain from travelling to snow sites amid the Covid-19 pandemic and the current lockdown regulations," she said.

Members of the public were warned to regularly follow forecasts.

The Western Cape has been warned to brace for heavy rain accompanied by gale-force winds and the possibility of localised flooding.
News
1 year ago
Next Article