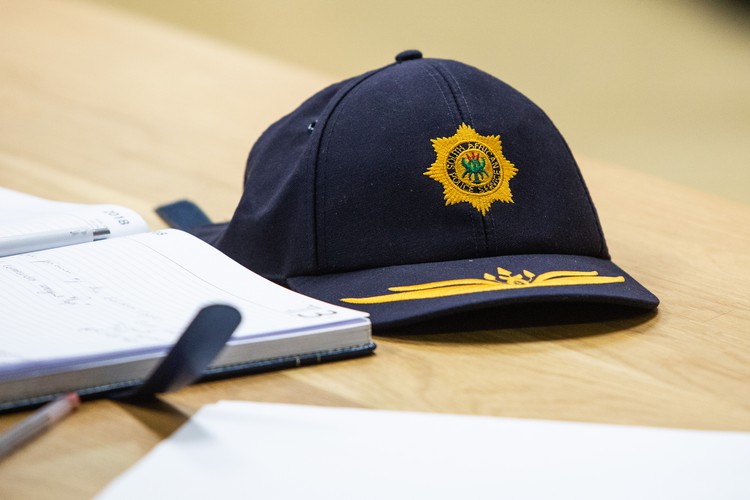 The police commissioner has set out detailed guidelines on how police must conduct themselves after complaints of torture, excessive force and inhumane treatment have come to the fore during the lockdown.
Image: GroundUp/Ashraf Hendricks

In apparent compliance with the Pretoria high court ruling in the Collins Khosa “lockdown brutality” case, the police commissioner has sent out fresh, detailed guidelines on how the SA Police Service (SAPS) and municipal police must conduct themselves. It directs that “there can simply be no justification for torture, ever”.

The directives caution against “serious and humiliating rights infringements” by arresting and detaining people for lockdown breaches where their attendance at courts can be done through summons or other less intrusive means.

Signed on Tuesday by national commissioner Gen Khehla Sitole, the memo falls within the two-day deadline set on Friday by judge Hans Fabricius in a supervisory order that included a ruling that the police and the defence force (SANDF) command all members to desist from torture or cruel and inhuman treatment.

“We are putting together a comprehensive report [for the court]. We will respond to the court, not to the media,” he said.

The document title reflects that it contains guidelines on the use of force and torture, on the implementation and enforcement of lockdown regulations, and it was circulated to all commissioners and heads at all levels within the service.

It states that complaints of torture, excessive force, inhuman treatment and punishment have come to the fore and “conduct of this nature is unacceptable and will be dealt with in terms of criminal law and disciplinary processes”.

It instructs relief commanders to “strongly caution” members continuously and during each parade against the use of violence and objectionable language and inculcate in them the value of loyalty, sobriety and having an even temper.

It states that as a general rule, the object of an arrest is to secure attendance of a person in court. A member may in no circumstances arrest a person in order to punish, scare, harass or “teach him or her a lesson”.

Where certain conduct has been criminalised (such as not wearing masks), members must sensitise transgressors to the fact that their conduct is endangering their health and the health of others.

The law empowers members to use force only in certain limited circumstances (if a person attempts to evade arrest by running away, is verbally threatening, or is portraying threatening conduct) and it envisages that no force will normally be required.

Even if authorised in law, an officer should normally refrain from arresting a person if attendance at court can be secured by means of a summons, or if the member believes that a magistrate's court, on convicting such a person, will not impose a fine exceeding R5,000.

The directive states that torture is outlawed, with no exceptions. “There can simply be no justification for torture, ever. A member who has reason to believe that a person is being tortured, or that an attempt is being made to do so, must immediately take all reasonable steps to put an end to it.”

Complaints of torture, excessive force, inhuman treatment and punishment must be reported to station commanders, community service centres, provincial offices of police watchdog Ipid, or to the National Service Complaints Centre. The public will be encouraged to submit affidavits and request that a criminal case be registered for investigation.

The directive states that failure to comply with these instructions must be regarded as serious misconduct. Members and commanders who refuse to comply must be held personally liable for any compensation SAPS is ordered to pay as a result. Losses suffered by SAPS can also be recovered from the member.

IPID matter a case of who guards the guards

The Johannesburg Metro Police Department said on Monday it had conducted an investigation into the officers who were at the scene when an Alexandra ...
News
2 years ago

Minister of police Bheki Cele has been accused of refusing to surrender his powers over the Independent Police Investigative Directorate (Ipid).
News
2 years ago
Next Article