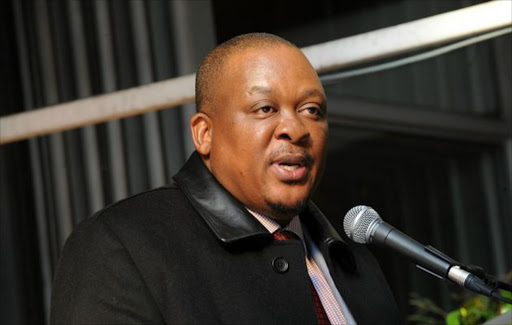 Jailed ANC leader John Block could be out soon on parole, according to opposition parties.
Image: Tsheko Kabasia

Senior officials from the correctional services department have sidestepped questions from MPs over growing speculation that former ANC Northern Cape strongman John Block is due to be released on parole, along with 19,000 other qualifying inmates.

A delegation of top officials from correctional services, including deputy minister Patekile Holomisa and national commissioner Arthur Fraser, skirted around questions from the DA's James Selfe as speculation about the possible release of the former Northern Cape finance MEC entered a third day.

Block was convicted of fraud, corruption and money laundering in 2015 and sentenced to a 15-year jail term, but only started serving time behind bars in 2018 at the Upington prison after multiple unsuccessful appeals in the superior courts, including the Constitutional Court.

There's now speculation that the department is planning to release Block on parole, among 19,000 another qualifying parolees as part of measures to fight Covid-19 in jails by easing overcrowding.

The Supreme Court of Appeal (SCA) on Tuesday upheld the Asset Forfeiture Unit's confiscation of R59.8m belonging to the Trifecta group of companies ...
News
2 years ago

Selfe, during a virtual meeting between the department and the portfolio committee on correctional services, wanted the department's delegation "to confirm or deny" allegations that it was planning the early released of the politician turned convict.

"Chair, I can indicate at this point in time, we do not really have a specific information for each individual while we're focusing on this Covid-19 special dispensation. We're looking at a number, we're not looking at a person," said Lucky Mthethwa, the chief security officer in the department.

"However, if the member of parliament needs specific information on a specific offender, that information can be provided at a later stage."

Speaking to SowetanLIVE's sister publication TimesLIVE after the meeting, Selfe said it would be a sad day for the principle of equality before the law if Block would be released under the guise of Covid-19.

"The DA would be appalled if John Block got early parole since corruption in the public sector is extensive and largely unpunished. If he is released, it would send out a message that there is a different law for the politically connected and that nothing has changed since Schabir Shaik," said Selfe, in reference to the controversial release in 2009 of former president Jacob Zuma's former financial advisor on medical parole.

Bloem said his party would give correctional services 24 hours to officially confirm or deny the speculated early release of Block, failing which they would directly approach President Cyril Ramaphosa.

"If they don't respond within 24 hours, we're going to approach the president of the country. The president must come out and tell the country if he's still against corruption, because he campaigned on the ticket of anti-corruption.

"So we're giving the department 24 hours. If they don't respond to our call, we’ll then approach the president, who must then give us an answer."

NPA welcomed the decision by the Constitutional Court dismissing the appeal John Block and businessman Christo Scholtz.
News
3 years ago

John Block out on bail as he fights corruption conviction

Former ANC Northern Cape chairman John Block and his business associate Christo Scholtz were on Monday granted bail of R50 000 each.
News
3 years ago
Next Article