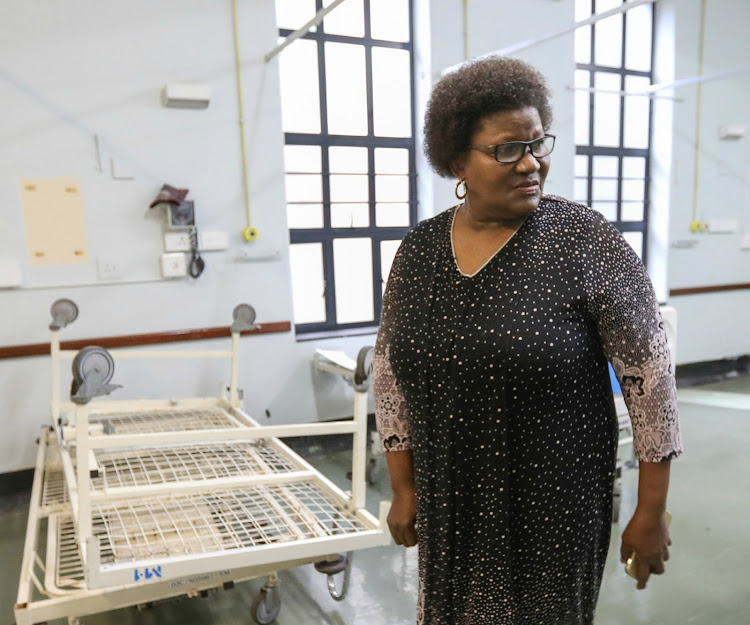 The health department says a video edited 'to suit a certain narrative' was 'malicious and meant to present health MEC Sindiswa Gomba as a racist, which could not be further from the truth'.
Image: Alan Eason

Video clips circulating on social media seemingly showing Eastern Cape health MEC Sindiswa Gomba being racist and “farting” while being interviewed were “manipulated” by “creative social media gurus” to distort her image and portray her as racist without manners, the health department said on Tuesday.

In one of the videos which have been widely circulated on social media platforms, Gomba is heard stumbling over a word and then apologising for her mistake. In the edited version the loud sound of gas being passed  is heard before she apologises while somebody laughs in the background.

Wait, did the MEC for Health in Eastern Cape pass wind on national television? 🤭🤭🤣🤣🤣 pic.twitter.com/x179f4LHdW

In the second “distorted clip”, the MEC is heard apologising that the Cuban doctors who recently arrived in the country are not “white” when, in fact, she had apologised to the premier because the doctors were not yet dressed in white coats.

Department spokesperson Sizwe Kupelo said the editing of the video “to suit a certain narrative” was “malicious and is meant to present MEC as a racist, which could not be further from the truth”.

We also have to contend with playful adults who are hellbent on tarnishing not only the image of the MEC, but the entire province of the Eastern Cape.

The department lashed out at the “mischievous and malicious” intentions behind the creation of the videos, and said they were evidence of the “ongoing character assassination of MEC Gomba” by those who wanted her removed from office.

“While we appreciate our creatives, we want to call on them not to use their special skills to insult or paint people in a bad light. They must use their freedom of expression well,” said Kupelo.

“It is unfortunate that while we are confronted with this vicious, non-discriminatory and invisible enemy we also have to contend with playful adults who are hellbent on tarnishing not only the image of the MEC, but the entire province of the Eastern Cape.”

The department said Gomba would “continue working tirelessly in the fight against the Covid-19 pandemic” for as long as the premier was happy with her performance.

A section of the Eastern Cape health department call centre building in East London has been temporarily closed and will be decontaminated after four ...
News
1 year ago

Shopping malls, Sassa offices, funerals and private hospitals — these are the drivers of the Covid-19 infections in Nelson Mandela Bay.
News
1 year ago
Next Article