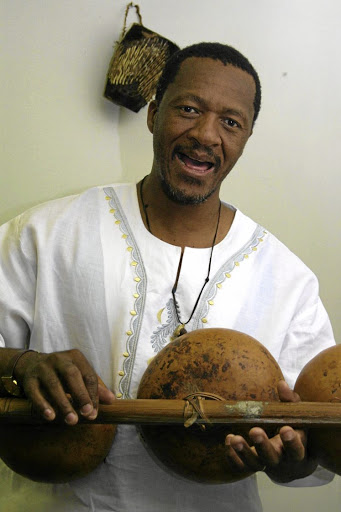 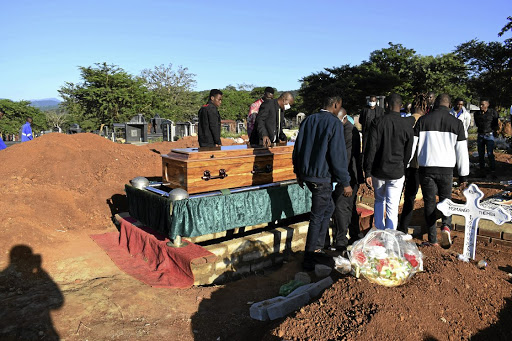 Traditional experts have slammed the Covid-19 rules and regulations, saying they were hindering families from practising their African culture and traditions.

Since the lockdown began in March, many traditional ceremonies were disrupted by police who even threw away meat and traditional beer.

Experts have warned that the way people have been buried in the past two months might cause an upset to the ancestors. They have suggested that the country needs to stage a national cleansing
ceremony to appease those who were not buried according to their culture and traditions due to Covid-19 lockdown regulations.

While others believe that if culture was not followed during this period it was not a train smash as long as the ceremony to appease ancestors followed when the lockdown ends.

Dr Velaphi Mkhize, a Zulu spiritualist and healer, said: "When Covid-19 arrived, it found black people practising cultures and traditions and following certain processes to do things. It arrives to a rainbow nation. When coronavirus arrived it proved that we are not a rainbow nation because it arrived with laws that affect only a particular race, which is African people."

Maaki Modimola sways along to a hymn in the yard of her dead sister's home in the South African township of Soweto, a bottle of sanitiser swinging in ...
News
2 years ago

Mkhize said it was important for black people to follow their culture and traditions when burying people because it carried a lot of respect for the body and it also carried
respect for the spirit and through the tradition.

"If I'm saying through the tradition, I mean a body of a person normally sleeps at home a day before burial, secondly an animal must be slaughtered and those two things say a lot because you cannot come from a mortuary and go straight to the graveyard. If there is no slaughter of a cow, automatically we are bypassing the processes and we have already killed ancestral spirit. The person being buried will come back and haunt the family and the nation as a whole."

Mkhize said because many people have been buried the wrong way, the country would have to perform a cleansing ceremony after the lockdown. He said that the government would need to consult with spiritual healers on how this should be done.

Tlokwe Sehume, an indigenous musician and spiritualist, said many of the pre-colonial processes and rituals which Africans performed for funerals were being eroded by modernity and hostile environments.

Sehume said the slaughtering of a cow, for instance, has lost its meaning because people were living in townships.

"In Tswana culture the process of slaughtering for when a person is dead was huge before the invention of coffins where households were expected to have cows.

"People were buried in the hide of the cow slaughtered for their funeral as there we were using it as a coffin," Sehume said

"In modern generations, to slaughter or not it does not make much difference
because the deceased is buried in a coffin.

"Even worse, these days some people throw away the cow hide after slaughtering."

Xhosa traditional expert Zolani Mkiva said the state of disaster always existed in the past during wars and required people to be buried immediately when they die.

'Drive-by' concerts, movies, weddings and funerals: is this the future of gatherings?

After the success of music DJs successfully throwing “lockdown house parties” on TV, could this be the beginning of a different way of gathering?
S Mag
2 years ago

"It was not our culture to keep a person and bury him or her at a later stage. It changed after civilization and we ended up adopting some of these Western things.

"During this period, slaughtering is not allowed which means the Xhosa tradition will not be followed. But a process of appeasing the ancestor can follow when things go back to normal.

"The slaughtering is important especially for the head of the house. You cannot mourn a person if you did not slaughter a cow.

"The cow is important because it is a sign of respect to him or her. In the olden days, that hide was used as a coffin," Mkiva said.

Venda culture and tradition expert Mashudu Dima, who has been practising as an African health practitioner since 1961, said in the Venda culture they also slaughter an animal when someone dies.

He admitted that Covid-19 has made it difficult for the tradition to be followed.

"In the olden days, the burial was for family; we used to bury people at night, not to say we have to wait for people coming from somewhere.

"Since women play a big role in our Venda culture, women will lead the appeasing ceremony which we do in a shrine. It must be done before the sun rises."