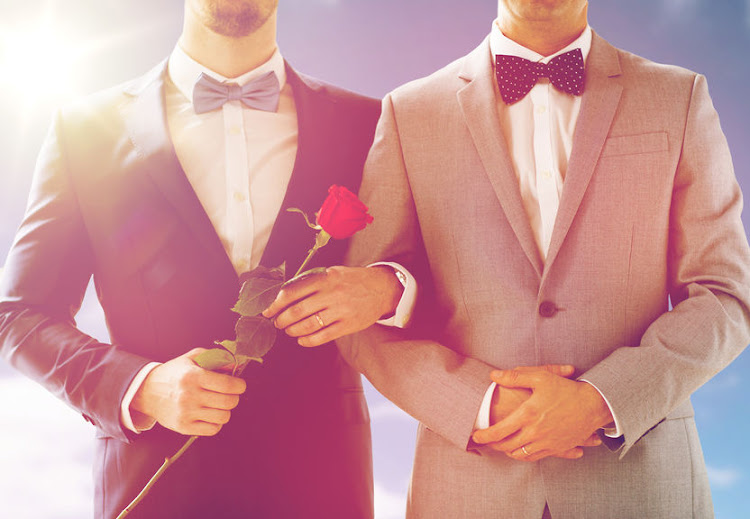 A wedding venue that refused to host same-sex weddings based on religious grounds has told the Cape High Court it was discriminated against by the SAHRC.
Image: dolgachov/123RF

A Western Cape wedding venue that refused to host same-sex weddings on religious grounds has told the Equality Court that it was discriminated against by the SA Human Rights Commission (SAHRC).

The owners of Beloftebos said on Monday that they had filed opposing papers with the Equality Court, arguing their policy not to host same-sex weddings did not amount to discrimination against LGBTI+ people.

“Importantly, they are also asking the Equality Court to find that the SAHRC unfairly discriminated against them on grounds of conscience, religion and belief, and that the commission is biased and prejudiced in its treatment of them and their belief system,” said Michael Swain, executive director of Freedom of Religion South Africa (For SA).

The venue first came under the spotlight in January after Megan Watling and Sasha-Lee Heekes were turned away. Two months later, the commission launched an application with the court against the owners after four new complaints about the venue including one which took place three years ago surfaced.

A Malawian LGBTQI activist was arrested and detained by police over the weekend for an alleged traffic offence.
News
2 years ago

Commissioner André Gaum said the commission's application had been asking the court to declare that Beloftebos’s policy is discriminatory and unconstitutional, and force them to host same-sex weddings.

“The differentiation amounts to unfair discrimination on a prohibited ground under the Equality Act (sexual orientation), and the Beloftebos respondents’ professed basis for justifying the blanket policy fails to rebut its unfairness,” said Gaum.

“Consequently, the commission seeks — in the interests of the complainants, the affected couple and the public — appropriate redress under the Equality Act for the unfair discrimination and unfair practice by the Beloftebos respondents.”

The owners argued that their policy was informed by their religious beliefs.

“For this reason, they would equally decline to host any other event that conflicts with their Biblical faith and beliefs.”

While many might be juggling their allegiance between Ocsober and Ocsoze, this also happens to be the official pride month in South Africa.
SebenzaLIVE
2 years ago

The commission said it had not received the papers for the application bought by the owners of Beloftebos and would be unable to comment on its contents.

Gaum, in his affidavit, requests the court to declare that the owners have breached the obligation in the Equality Act to not discriminate unfairly on the ground of sexual orientation. He requests the court to order Beloftebos respondents to publish a written apology to one of the complainants and to pay the costs of the application.

The owners of the venue said the court outcome would have far-reaching implications.

“If the court decides against them, the owners of Beloftebos will be forced to participate in and celebrate events that violate their conscience, religion and belief — or alternatively be forced to close their venue and cease to offer their services,” said Swain.

“However, the outcome of this case will equally affect every goods and service provider in South Africa, who will then be able to be forced to do work or perform services which they may fundamentally disagree with.

“Ultimately, this case is about freedom — the freedom for all of us to choose to live our lives in a way that is consistent with our beliefs. It is thus possible to support same-sex marriage and at the same time to stand with Beloftebos, because if the court can force them to perform work that goes against their conscience, religion and belief, it can force anyone to do so.”

"Being with you really makes me feel peaceful and content," Lebohang said to Letoya.
Pic of The Day
2 years ago