Paying admission of guilt fine during lockdown will get you a criminal record, parliament hears 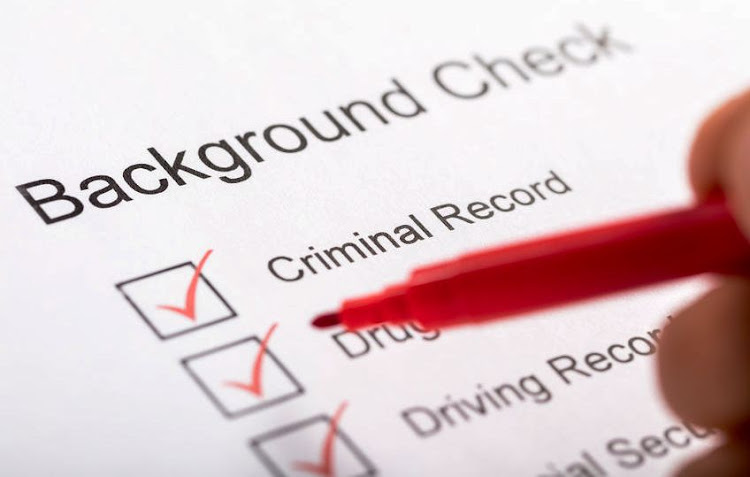 Cases related to the Covid-19 lockdown could still attract a criminal record if an admission of guilt fine is paid.
Image: 123rf/Andriy Popov

“Most people do not realise that they will then have a criminal record, which would have a serious impact on obtaining work, as well as other legal implications,” said African Christian Democratic Party (ACDP) MP Steve Swart on Monday.

Swart put questions to the justice department and to Legal Aid SA during a meeting of parliament's justice portfolio committee, where he cited police statistics presented to parliament on April 29 that more than 118,000 people had been charged during the initial lockdown.

A 58-year-old man was arrested for allegedly threatening senior government officials for "lying" about the existence of the Covid-19 pandemic in the ...
News
2 years ago

Swart said many people who transgressed the lockdown regulations paid admission of guilt fines in order to avoid a court appearance. He said he was concerned that people may not be aware that they could contest their matters in court, or make representations to the prosecuting authority - moves that could result in the withdrawal of the matter.

Turning to Legal Aid, Swart wanted to know to what extent the entity had been able to advise people of the consequences of paying admission of guilt fines, which at this stage means that an offender will have a criminal record. He urged Legal Aid to communicate to the broader public the implications of paying an admission of guilt fine and to advise people that representations could be made.

Deputy minister of justice John Jeffery said his department was aware that cases related to the Covid-19 lockdown will attract a criminal record if an admission of guilt fine is paid.

Jeffery said the matter will be addressed through an amendment in the Judicial Matters Bill.

“The issue of admission of guilt attracting a criminal record is something we have been wanting to address and something that is going to be in the Judicial Matters Bill and should have been brought if we didn't have Covid-19 or had elections,” he said.

Jeffery said the idea would be for most admission of guilt matters not to attract a criminal record because people felt pressured to pay the fines not realising that they would get a record which would affect their rights.

Jeffery later told TimesLIVE: “Basically, we want the minister to have power to determine what crimes attract [a] criminal record [when an admission of guilt fine is paid].

“But in the main we want it to be limited to juridical persons having a record. For instance, environment companies that breach environmental laws merely pay a fine and walk away. We would want that to attract a record, so that the next time they break the law ... it goes on their record and there are tougher consequences.”

While not all people who pay admission of guilt fines get a criminal record, those whose fingerprints are taken are entered in the criminal record centre.

Legal Aid SA's Brian Nair said according to their findings, most people paid admission of guilt fines prior to even going to court.

He said where they found that fines had been imposed for offences that are not necessarily criminal offences yet, they would bring this to the attention of the magistrate concerned.

Meanwhile, Jeffery said in terms of the Criminal Procedures Act, magistrates are allowed to set an amount on the spot on the admission of guilt.

He said the department had engaged chief magistrates to try to get uniformity on fines, but they heard that while there was uniformity within magisterial clusters, there was no uniformity between clusters (provinces) and this was a judicial function.

A Durban couple, who pulled off a multi-million rand jewellery heist in 2013 and was on the run since 2018, was arrested in East London on Monday ...
News
2 years ago

A 29-year-old suspect was arrested by the Inanda Family Violence Child Protection and Sexual Offences Unit (FCS) in the early hours of Saturday in ...
News
2 years ago
Next Article