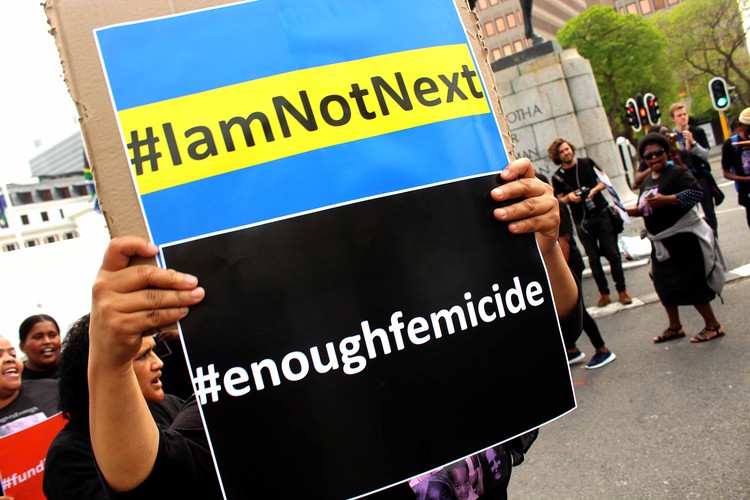 At least three women were killed allegedly by their partners between Thursday and Saturday in Mpumalanga.

One of the victims, Tebogo Mabunda, has been described as a hard-working employee by MEC for public works, roads and transport Gillion Mashego.

Mabunda, 39, was employed as a quantity surveyor by the department.

She was fatally shot, allegedly by her husband, 42, on Thursday night at Stonehenge in Mbombela following an argument.

Provincial police spokesperson Brig Leonard Hlathi said the husband, who cannot be named until he appears in court, came home from work and asked Mabunda to come outside for a chat.

"The man then went inside the house, came back and shot the wife several times before turning the gun on himself. The woman was certified dead on the scene while the husband survived and is in hospital under police guard," said Hlathi.

He said the cause of the argument is unknown and investigations were underway.

"We are waiting for the man to recover," said Hlathi.

"I'm shocked over the incident which is a heavy blow against the department's efforts to empower young women within the built environment.

"Not long ago, our government embarked on a drive to dismantle the chronic disease of gender-based violence in our society where men were urged to lead the charge.

"It is indeed a tragedy that has reversed our attempts to capacitate our women and youth in the workplace. As a result, the province has lost a valuable asset in our struggle to fast-track service delivery," said Mashego.

In another incident, a 44-year-old man allegedly shot himself after apparently strangling his wife, 44, in Kabokweni on Friday.

In another incident, a 35-year-old man strangled and killed his 25-year-old girlfriend in Vosman in Emalahleni on Saturday after an argument.

A Katlehong man allegedly killed his girlfriend turned the gun on himself after attending an unsuccessful family meeting to try and resolve a dispute.
News
2 years ago

Hlathi said an argument broke out between the couple and then the man assaulted and strangled the woman.

He said the man's uncle heard commotion, but when he went to check what was happening, he found the woman lying motionless in the room they were in.

"He [uncle] called the medical personnel. The accused was arrested on the spot. He's going to appear in the Witbank magistrate's court on Monday [today] on a charge of murder," said Hlathi.

Meanwhile, an 18-year-old woman was beaten and allegedly raped by a 31-year-old man believed to be her friend on Saturday in Vosman.

The man is expected to appear in the Witbank magistrate's court today on a charge of rape.

Provincial police commissioner Lieut-Gen Mondli Zuma said: "I'm calling on the members of the public to stop perpetuating domestic violence against women and children, rather ask for professional help if you have problems.

"I'm pleading with members of the community to refrain from using violence to resolve domestic issues."