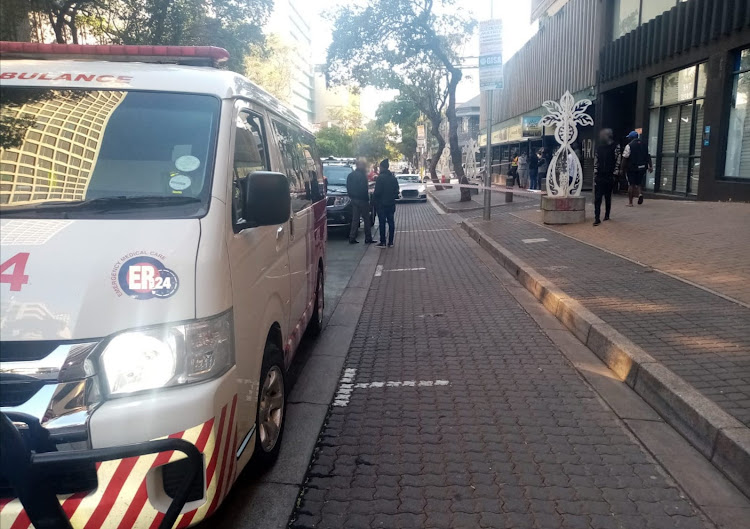 A man was killed during an apparent hit in Braamfontein Johannesburg on Monday afternoon.
Image: Provided/ ER24

A man was killed in an apparent hit in Braamfontein, Johannesburg, on Monday afternoon.

Police spokesperson Capt Musa Shihambe said the 36-year-old man was found dead in front of his steering wheel with five gunshots wounds to his upper body.

“It is alleged that two men who were inside a BMW X5 started shooting at a man inside an Audi. On arrival [of authorities] at the scene, the man was declared dead with five gunshots wounds on his body. A total of 11 cartridges were found at the scene,” he said.

The brazen shooting saw bullets fly through a retail store in the vicinity, according to police.

Paramedics who attended the scene said the incident occurred on Juta Street.

“ER24 paramedics and a local security company were on the scene at 3.10pm, to find a man in the driver's seat of an Audi showing no signs of life. He had suffered a wound to the chest and was declared dead on arrival,” said spokesperson, Ross Campbell.

Shihambe said a manhunt for two suspects had been launched and a case of murder was opened.

A 49-year-old Polokwane company secretary has been arrested for allegedly conspiring to hire hitmen to kill her husband.
News
1 year ago
Next Article