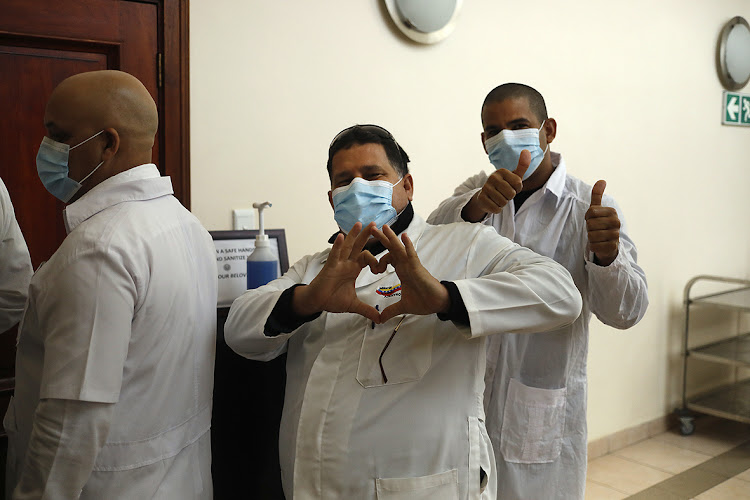 13 doctors from the Cuban Medical Brigade arrived in Klerksdorp on Friday night and will be deployed across four districts in the North West province on Monday.
Image: Alon Skuy

Detachments of the controversial Cuban Medical Brigade have completed their two-week quarantine and will start work around the country this week.

On Saturday, North West health MEC Madoda Sambatha welcomed 13 Cuban doctors who will be deployed across four districts in the province.

The doctors include specialists in family medicine, epidemiology and biostatistics and health care technologists.

The 217-strong medical brigade arrived in SA on April 27 and have undergone two weeks of quarantine.

Sambatha said that the doctors would work hand in hand with provincial health staff.

“This has nothing to do with taking employment away from SA health professionals, but rather to mobilise resources that could be used to respond to the Covid-19 pandemic,” he said.

This was a response to criticism from the SA Medical Association (Sama) and Democratic Nursing Organisation of SA (Denosa) in the wake of the brigade’s arrival.

The North West province had recorded 63 positive Covid-19 patients as of Saturday, Sambatha said, but stressed that the relatively low number should not result in complacency.

“South Africans must not fool themselves and think the risk is low because we only have 63 cases. All of us must take the response strategy on board.” he said.

“Ours is to ensure that this fight has to be won, SA must be free and clear of the virus,” he added. 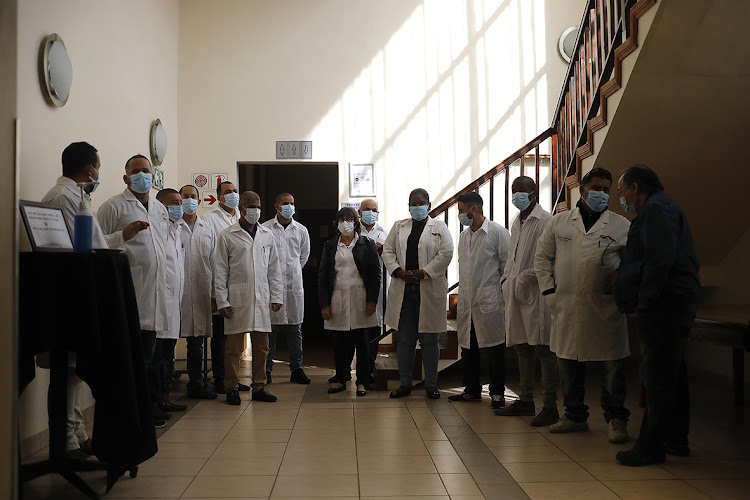 13 Cuban doctors, part of a 217-strong medical brigade in SA to combat the Covid-19 pandemic, will start work in the North West province on Monday.
Image: Alon Skuy

This is where the Cuban doctors will be posted.

This breakdown was made public by health minister Zweli Mkhize in April. Health department spokespersons Popo Maja and Dr Lwazi Manzi had not responded to requests to confirm these figures at the time of publishing.

According to a statement issued by the Cuban embassy in Pretoria this week, the doctors were ready for their “difficult but noble task” that has been entrusted to them.

“We have successfully completed, in both Cuba and SA, the strict periods of preventive quarantine and we are all fully ready to depart for the different provinces of the country,” the statement read.

“It was a moral duty for us to immediately respond to the request for assistance. “Just as South Africans and Cubans fought together against the apartheid regime, together we will face and overcome the pandemic.”

In the wake of their arrival, Business Day reported that the doctors came with a price tag of as much as R440m.

Documents seen by the title projected that the R440m would have covered the deployment of 187 Cuban personnel.

The contingent which touched down on SA soil was numbered at 217.