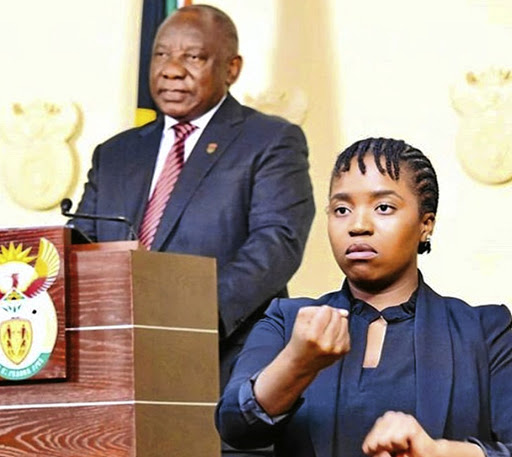 President Cyril Ramaphosa is concerned by the rising number of Covid-19 infections in Eastern Cape, he said in Port Elizabeth on Thursday.

But after receiving a thorough briefing from politicians and officials in the province, he felt it was adequately prepared to deal with the months ahead.

Ramaphosa was speaking at Livingstone Hospital in Port Elizabeth where he was accompanied by health minister Zweli Mkhize. The president was in the province to assess the Eastern Cape's response to the Covid-19 pandemic.

"We've been very concerned at national level about the rising number of infections Eastern Cape has been showing," Ramaphosa said.

Satisfied with the presentations, he said he was pleased that the province had finally woken up to the dangers of the coronavirus and was putting forward a clear health strategy. He said this was important ahead of the expected spike in cases in August and September. The Eastern Cape has the third highest number of infections in the country, accounting for 13.3% of those nationally.

On easing the lockdown, Ramaphosa reiterated that SA would be moving to level 3 at the end of May. "There are certain areas in the country that are hotspots which we are going to be talking about to demonstrate precisely the incidents of infections. Discussions still need to be had about high concentration of cases in metros. Consultations start tomorrow [today]," Ramaphosa said.

On the issue of the sale of cigarettes and alcohol, he said that would be announced at a later stage. Discussions about this will take place tomorrow.

Mabuyane highlighted the issue of movement of people between the Eastern Cape and the Western Cape as a problem.

He said he needed the national government to intervene.