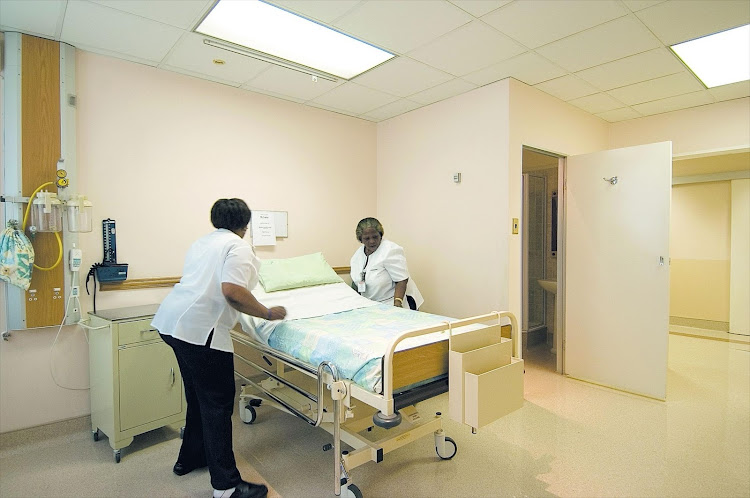 The new director-general of health says he is ready to press ahead with the proposed National Health Insurance (NHI).
Image: Brett Eloff

The national health department has appointed Dr Sandile Buthelezi as its incoming director-general.

“Dr Buthelezi promises to bring a wealth of knowledge to the national department of health at a crucial epoch in the trajectory of South Africa’s health system,” the department said on Friday.

“The lessons we’ve learnt from dealing with HIV in South Africa are coming in handy as we are dealing with Covid-19, specifically when it comes to community-based testing, screening and testing,” Buthelezi said.

Buthelezi has 15 years' experience in health governance, policy and programme management and serves as the CEO of the South African National Aids Council (Sanac) – a position he has held since September 2017.

While at Sanac, the department said, Buthelezi drove the implementation of the national strategic plan – “a road map towards a future where HIV and TB no longer plague the lives of South Africans or put strain on our health system".

He has also worked to secure billions in grants from the Global Fund to help South Africa’s fight against HIV.”

Trained as a medical doctor at the University of KwaZulu-Natal, Buthelezi worked at the Edendale Hospital in Pietermaritzburg before being appointed the director of HIV in the province’s health department.

In 2010, Buthelezi began serving as SA’s country director for ICAP at Columbia University before working as a senior technical lead for the UK's department for international development-funded Sarrah (South Africa's revitalised response to Aids and health) programme. He then joined the Aids Council.

“The experience I’ve gained in and out of the public sector has made me a much more moulded person to work with a team of people to move forward with critically focusing on the National Health Insurance (NHI),” Buthelezi said.

Lungile Tom, who worked for eNCA at the company’s Cape Town office as one of its camera operators, died of Covid-19 on Wednesday morning.
News
2 years ago

The wife of the late gospel singer Malibongwe Gcwabe has denied claims that her husband died of Covid-19.
Entertainment
2 years ago
Next Article