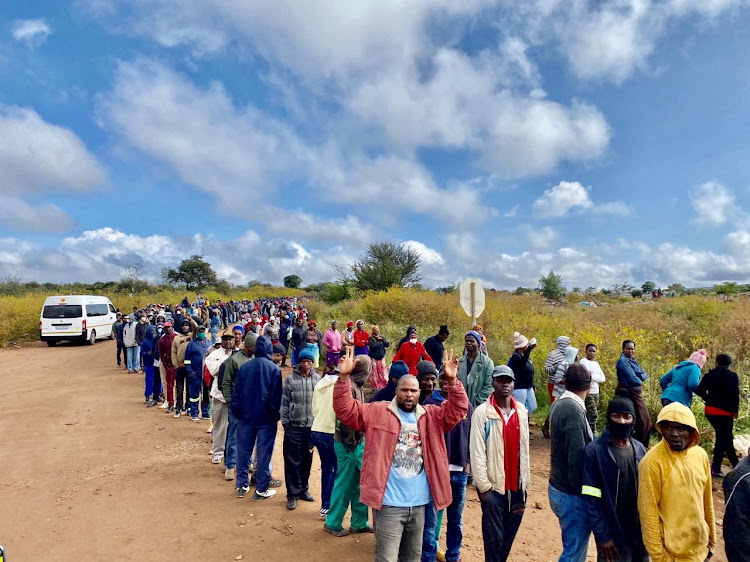 Gauteng's provincial government has urged businesses, organisations and civil society to lend a hand to people who are struggling to put food on the table during the lockdown.

The call was made by premier David Makhura on Thursday.

He said 103,767 households had been provided with food relief, supporting 518,835 people (at least five per household) since the start of the lockdown.

“However, the demand for food far outstrips our capacity to meet the need. We continue to call for more support from business, foundations and civil society initiatives on food relief. However, such initiatives must be co-ordinated with the government and the distribution should adhere to social distancing regulations,” said Makhura.

A ban on the operation of soup kitchens during lockdown should be lifted and the onerous requirements that donors need to satisfy before distributing ...
News
2 years ago

Food parcel distribution in several areas has often proved to be chaotic with some recipients getting little or nothing. There have been protests and allegations of food parcels being stolen.

Makhura said this could be a thing of the past as the government was looking at more dignified ways to provide food.

“We are also piloting e-vouchers for food relief so there is dignity and choice on the part of the beneficiaries,” he said.

Makhura said more than 3,200 homeless people across 48 shelters in the province were among those who received food relief.

However, many were leaving shelters to return to the streets, he said.

He said government and municipalities needed to develop a focus on providing decent shelter to the homeless, even beyond Covid-19.

Makhura urged residents to adhere to regulations to limit the spread of the virus.

“We call on people and communities to take responsibility for their wellbeing. The government can’t stop the spread. People can stop the spread,” he said.

Siphokazi Mafa cannot wait for the Covid-19 unemployment grant which she says will go a long way in helping her and her family put food on the table.
News
2 years ago
Next Article