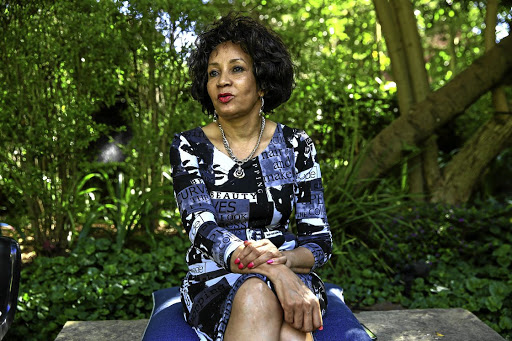 The fallout between water & sanitation minister Lindiwe Sisulu and some CEOs of water boards has taken another turn, this time with Lepelle Northern Water CEO Phineas Legodi threatening legal action.

Legodi has threatened to go to the high court to force the minister to retract a statement she made that he is on precautionary suspension.

Through his lawyers, he has written to Sisulu demanding a retraction of the statement that he claims tarnished his image.

Sisulu released a statement saying she had received an investigation report into maladministration in the water sector. She said that as a result of the report, Legodi and his counterpart Amatola Water Board CEO Vuyo Zitumane, have been placed on precautionary suspension.

The water and sanitation department is investigating contracts worth billions of rand that were allegedly awarded irregularly.
News
1 year ago

Zitumane confirmed her suspension last week and alleged in an affidavit that she was pushed out for refusing to award a sand water abstraction project tender to a company of a businessman with alleged links to Sisulu.

Both Zitumane and Legodi in their affidavits mentioned the sand water project as the main cause of their clash with Sisulu.

Last week Amatola Water Board announced it had dissolved the board and placed it under legal administration after consultation with Sisulu.

In a letter to Sisulu, Legodi's lawyers PKM Incorporated, said according to its records, Legodi has not been placed on suspension.

"We view the allegations made therein designed to tarnish the image and the integrity of our client." read the letter.

The water and sanitation department attained an unqualified audit outcome for the 2018/19 financial year, its first in four years and just its second ...
News
1 year ago

"We therefore request you to confirm the authenticity of the statement which is circulating in the media issued by your department. If so, we urge you to urgently retract same since it is prejudicial to our client."

Sisulu's spokesperson McIntosh Polela did not respond to a request for comment.

In a statement last week Sisulu said in addition to Amatola Water, there were ongoing investigations into irregular expenditure and governance issues at Lepelle Northern Water in Limpopo.

Legodi confirmed he hadn't received any communication to the effect of his suspension.

"I'm aware of multiple investigations in the institution but I have not been told of their outcomes," he said.

Lepelle Northern Water is also at the centre of the R3bn failed water project aimed at 55 villages in Mopani district.

Late last year the Special Investigation Unit (SIU) raided the offices in Polokwane and seized several boxes of documents as part of its probe.

SIU spokesperson Kaizer Kganyago said after the seizure that they enlisted the services of a quantity surveyor to assess spend on the project.

"We are ready as the matter is before the court. We are just waiting for the matter to be placed on the roll so we can go after those who looted and recover state money," he said.