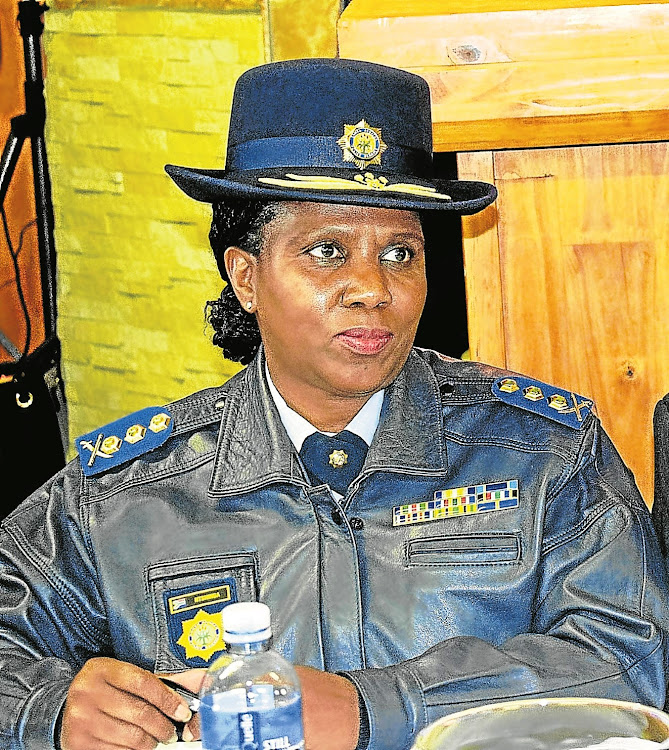 “The provincial commissioner received her diagnosis this past weekend after voluntarily undergoing a test despite being asymptomatic,” said police spokesperson Brig Vish Naidoo on Wednesday.

“At the time of testing, Lt-Gen Ntshinga had not experienced any illness but chose to undergo the test as a precaution to ensure the safety, good health and wellbeing of herself and those around her.”

She is in self-isolation.

“Following the news of her diagnosis, the provincial commissioner made her results known to the  management team, personnel  and close contacts,” said Naidoo.

“The protocols and directives in place to contain and manage Covid-19 within the organisation were immediately implemented. These included the decontamination of the provincial office at Zwelitsha on Tuesday. Close contacts are being tested and quarantined if tested positive.”

Lungile Tom, who worked for eNCA at the company’s Cape Town office as one of its camera operators, died of Covid-19 on Wednesday morning.
News
2 years ago

Ntshinga is said to be “in high spirits and good health” and has called on people to practise social distancing, wear their masks and remain in their homes to help curb the spread of the virus.

“I want to firstly applaud the bravery of the provincial commissioner in disclosing her diagnosis to the public,” he said. “I also take this opportunity to wish her and all members infected and/or affected by this virus a speedy recovery and encourage them all to stay safe in the fight against crime.”