'None of these pass the test of rationality': Trevor Manuel on some lockdown regulations 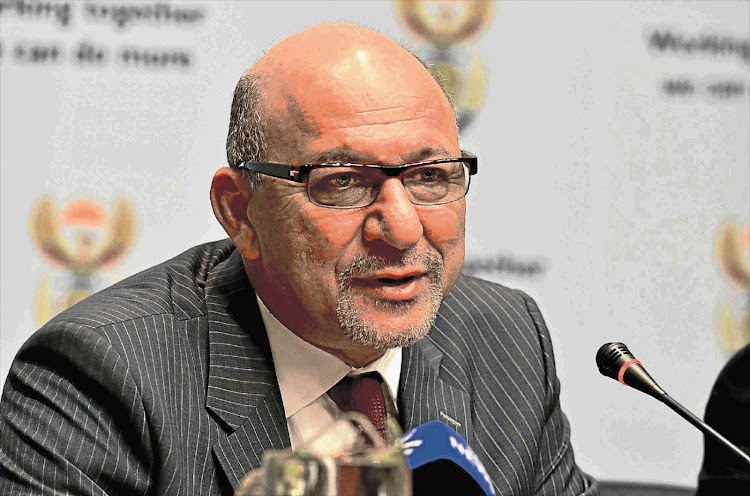 Former finance minister Trevor Manuel has opened up about the conduct of law enforcement under lockdown and accused government of irrationality in many lockdown regulations.

Manual is one of the African Union’s special envoys to raise funds for Africa’s fight against Covid-19.

On Monday, Manuel criticised the lockdown regulations, saying they are both endangering and failing “the test of rationality”.

Speaking on SAFM, Manuel said: “I think that a lot of the decisions that have been taken don’t pass the test of rationality. What you can and what you can’t buy doesn’t work.”

He also critised the exercise restrictions, which only allow people to jog or walk outside between 6am and 9am.

“The idea that you can exercise only three hours a day ... None of these pass the test of rationality

“We need voices to speak to the National Command Centre (NCC) and the ministers involved so that we can ask them that rationality should be made the order of the day.”

Manuel compared the behaviour of law enforcement under the pandemic to that of the apartheid military.

This after the death of Alexandra resident Collins Khosa, who died after an altercation with soldiers and Johannesburg metro police at his home in Alexandra in April.

SowetanLIVE reported that Khosa's family have approached the high court in Pretoria seeking to have the soldiers and metro police who were there disarmed and suspended.

“Nowhere under apartheid emergency regulations would we tolerate that kind of thing,” Manuel said.

“The voices that spoke out against apartheid were largely about the abuse of soldiers."

The Johannesburg metropolitan police department has undertaken to immediately start suspension proceedings against officers who were at the home of ...
News
2 years ago
Next Article