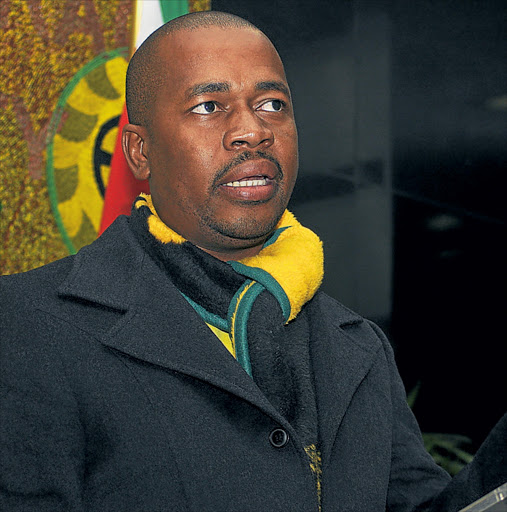 The office of Ekurhuleni mayor Mzwandile Masina has placed Malaika Mahlatsi on suspension.

An employee in the office of City of Ekurhuleni mayor Mzwandile Masina, Malaika Mahlatsi, has been issued with a notice of intention to suspend her for allegedly contravening the Municipal Systems Act.

The announcement was made by the city through a media statement which added that her suspension would be with full pay.

This is following allegations made on social media by Mahlatsi’s jilted ex-boyfriend during a public spat following their break up.

The man posted an audio clip of a conversation between him and Mahlatsi in which she is heard making claims that Ekurhuleni mayor Mzwandile Masina wants to decrease salaries of staff members of the municipality without consultation."

The office of the executive mayor has noted with great concern the circulation of an alleged audio recording of Ms Mahlatsi on social media, in which she claims that the executive mayor decreased the salaries of staff members in Municipality without consultation," read a media release of the city.

"The claims are untrue and devoid of factuality. The executive mayor, upon deciding to donate 33% of his salary to the Solidarity Fund, consulted the speaker of council, chief whip, members of the mayoral committee, the city manager, the group chief financial officer and, all heads of department to encourage them to join himself and President Cyril Ramaphosa’s decision to contribute to the fund."

"The above mentioned elected public representatives and officials, signed pledge forms authorising the city’s department of human resources to deduct a portion of their salaries and redirect the donations to the Solidarity Fund. The executive mayor has no authority to decrease the salaries of municipal staff," said the statement.

The ANC Women's League has challenged anyone with evidence of wrongdoing against human settlements, water and sanitation minister Lindiwe Sisulu to ...
News
1 year ago

The city said she contravened the Municipal Systems Act: Code of Conduct for Municipal Staff Members and the City of Ekurhuleni (CoE) Social Media Policy.Allegations contained in the audio clip that Mahlatsi was helping Masina with his PhD thesis were also addressed."

The executive mayor is currently in the early stage of preparing his research proposal for a Doctoral Degree in Philosophy. At no point has any individual authored or contributed to the contents of the research proposal, including anyone who was reviewing or proof reading the material,” the statement said.

"The executive mayor has and continues to adhere to the student code of conduct of the institution."In terms of Clause 16.3 of the CoE Disciplinary Procedure Collective Agreement, Ms Mahlatsi will be placed on suspension with full pay and an internal investigation into the matter is currently underway.

When contacted on Tuesday evening Mahlatsi said: "I have no comment."