Education department and unions not on same script over schools reopening 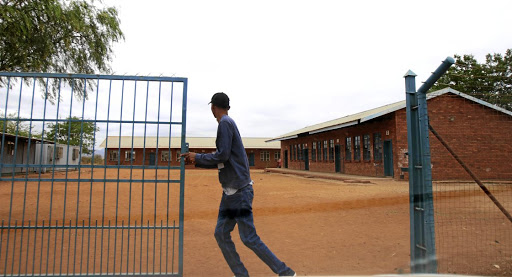 Teachers unions have lamented that the manner in which the department of education was handling matters resulted in a trust deficit.
Image: ANTONIO MUCHAVE

Teacher unions have stressed the need for a single national calendar and rejected the call for schools reopening using a phased-in approach.

In a joint statement issued on Tuesday evening the unions said they were concerned about the country's increasing infection rate and the impact this could have on the schools returning.

However, the unions agreed for the school management team (SMT) to report for duty on Monday next week, taking into account all the safety precautions in compliance with the OHS  and Covid-19 regulations.

Principals and other officials will not be at school from Monday: union

It's official: principals and other members of school management teams will not be reporting for duty on Monday.
News
2 years ago

It was also agreed that the principals may be requested during this week to receive the essentials and report on progress in relation to the cleaning and disinfecting of the schools. The unions said any other tentative dates would be considered based on the readiness check list.

The unions gave the department 24 hours to come up with a written agreement on the health and safety standards of their members before they can go back to class.

The unions said they have noted that the report which in brief was painting a gloomy picture but the reasons were again advanced that it was just one week’s work.

“The rush to announce dates before assessing the practical situation is damaging to the reputation of the education system. The meeting agreed to have a weekly meeting to receive reports and monitor progress.” read the statement.

They said the manner in which the department was conducting itself on the consultations was causing a trust deficit with the unions and this had to be addressed.

“The department must desists from misleading the public about unions having agreed on everything. We all want to see a smooth reopening of the schools.”

With the phased reopening of schools in the country set to commence on Monday, Limpopo's education department has urged school management teams not ...
News
2 years ago
Next Article