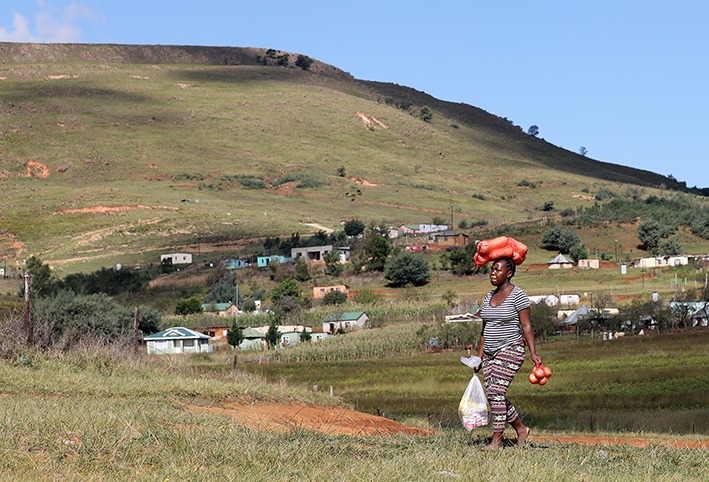 Social development minister Lindiwe Zulu has slammed "selfish" people who are abusing the government's food parcel programme rolled out to provide relief to indigent families during the Covid-19 pandemic.

Food parcel distribution has been rocked by controversy, including allegations of local government officials showing bias towards members or supporters of the governing party.

There have also been allegations about people collecting more than one food parcel at a time, leaving others with nothing.

According to Zulu, the manner in which food parcels were being distributed was open to corruption and abuse.

The minister said some recipients, as a result of the chaotic manner in which the parcels were being distributed, were taking as many as they wanted and even selling them and pocketing the money.

Zulu said this was unacceptable.

She said her department was working around the clock to find a "creative way" to tackle food parcel challenges once and for all.

The SA Social Security Agency (Sassa) in Gauteng is expected to start with applications for the R350 social relief distress grant for the unemployed ...
News
2 years ago

This included looking at giving people food vouchers instead of parcels so they could decide what items to buy.

"There is no dignity when you come in a van and make everyone run around. This strips  them of their dignity," said Zulu.

"Our concern is the uncoordinated distribution of the food, but more than anything our concern is when far-flung areas are not getting the food.

"This unco-ordinated distribution of food parcels creates duplication, and partisan and corruption challenges. There is nothing as painful as people who become selfish and take more than one food parcel and others sell the food."

Zulu said food parcel distributors should try their best to drop packages at people's homes to curb the scenes that have become synonymous with the programme since it started, with people flocking to pick-up locations in large numbers.

The minister could not state how much had been spent on food parcels other than restating that, overall, the Covid-19 solidarity fund had contributed R23m while the department put R20m into the basket.

Zulu said 323,000 food parcels had been distributed in the provinces and the cost thereof "will be reported later".

Zulu said other government departments had distributed more than 350,000 food parcels in all nine provinces, and the solidarity fund was distributing food parcels on its own.

"The total number of food parcels distributed is 525,000, including what was delivered by non-profit organisations," said Zulu. "We are looking for more creative ways of distributing food parcels. Some have suggested [giving] people the money for them to make the decision what to do with it. However, if you get the money you have to make sure nutrition for your family is of utmost importance."