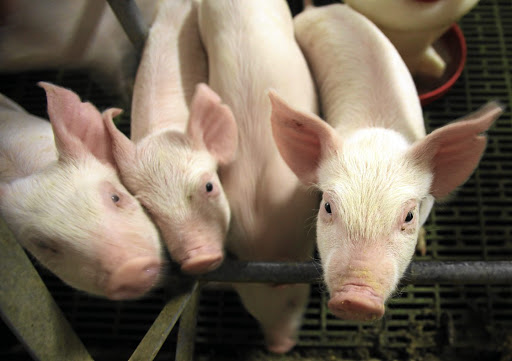 Fifty pigs have since died. The World Health Organisation for Animal Health has also been notified.

The outbreak has been identified at Ngede, Nontshinga and Feni in Centane, and Ngquthu and Toleni in Ngqamakwe. ASF does not affect humans and the consumption of pork is safe, but meat or products from affected pigs can be a source of infection to other pigs.

Didiza said the outbreak occurred in a communal setting that makes movement control and biosecurity between the respective pig herds difficult. "Control measures currently in place include that all infected pigs should be as far as possible from those that are not and must be housed alone to avoid contact with other pigs in the area to limit the spread of the disease," Didiza said.

It was reported that the areas where the outbreak occurred have been quarantined and no pigs are allowed to move into, through or out of the area. Follow-up investigations by provincial veterinary services are underway to determine the extent of the outbreak.

Although the blanket ban on livestock auctions has been lifted, strict measures to prevent new foot and mouth outbreaks will be enforced.
SebenzaLIVE
1 year ago

"Farmers should therefore ensure that any swill fed to pigs is pre-cooked for at least an hour. This will ensure the inactivation of the ASF virus as well as other diseases of concern," Didiza said.

ASF kills almost all infected pigs. Common clinical signs are reddening of the ears, bleeding on the skin and difficulty breathing. There is no vaccine or treatment. ASF is transmitted to pigs by contact with infected wild or domestic pigs and infected soft ticks, contact with people, vehicles equipment or shoes, and eating contaminated food waste.

Awareness campaigns have been initiated to inform pig keepers in the affected areas on how the disease is spread and how they can protect their pigs. Farmers and pig keepers should report any sudden illness and deaths of their pigs to the local state veterinary office for swift action.

“Farmers can only be allowed to do online auctioning and trading; however the department will be making sure that no one is moving any animals."
News
1 year ago
Next Article