Restaurant workers' plight gets worse as wages for March are unpaid 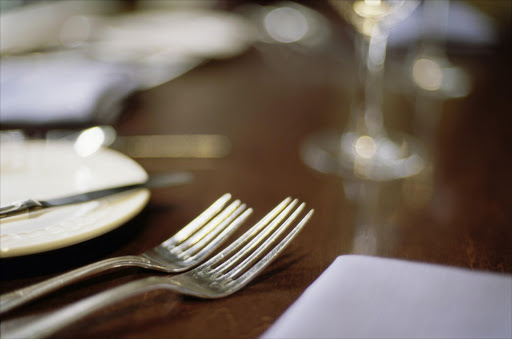 Restaurant workers' plight gets worse as wages for March are unpaid.
Image: Thinkstock

Employees of a famous Italian restaurant in Maboneng are fuming after their employer failed to pay their March salary and is now  allegedly ignoring their calls.

The workers at the Ravioli Contemporary Italian in downtown Johannesburg  told Sowetan that they worked on the month of March but did not get a cent at the end of the month.

One of the workers, whose name cannot be published, said the employer did not come clean when asked why the workers did not get paid. “My [manager] said we should apply for government food parcels because the owner of the restaurant does not have money. Everyone is struggling. We’ve been trying to call him and he is not picking up the phone. Our biggest issue is the March salary. We also want to be sure that we will get money from UIF because they were deducting money from us,” the workers said.

She said most of the workers had been forced to borrow money from friends and some were facing evictions from the landlords as they had failed to pay their rent.

“I am grateful for the father of my children. He is the one that is helping me at the moment but I have had to borrow money from people but no one can live off that. We worked in March, customers were coming in, what did he do to the money?”

Unibisco is the first company to be exposed as having allegedly failed to disburse money claimed from the Unemployment Insurance Fund Covid-19 ...
News
2 years ago

She said effort to get an update on the UIF application had not succeeded.Since the lockdown began businesses, in particular the hospitality industry, have been worst hit by the pandemic as they are not allowed to trade.Ravioli owner Mpho Masilo said his business struggled financially long before the lockdown began.

"We were not making money. I have two other restaurants and I have had to borrow money from them to sustain Ravioli. Ravioli is the worst performing business among the three."We did not make money at all in March," Masilo said.

He added that by March 8, decline of patrons walking into the restaurant became severe and when President Cyril Ramaphosa made the announcement on restrictions, things turned for the worst.

"I have applied for UIF for the workers but did not succeed. I am trying to get someone at department of labour to explain the specific reasons why my application was turned down," he said.

Masilo said he alerted the workers about the financial situation and understands their frustrations. Governmment has decided that workers who have lost their income due to Covid-19 should seek relief through the  UIF (Unemployment Insurance Fund) and that small companies can seek help with the department of small business development.

Workers at a merchandising company are crying foul after their employer who services major supermarkets in the country cut their salary by ...
News
2 years ago

UIF spokesperson Makhosonke Buthelezi said the least that any employer can do is to be upfront about the financial situation and inform the workers ahead of time, not at the time they expect to be paid.

“Workers should take the matter up with CCMA. I hope CCMA has a way for workers to lodge complaints during the lockdown.  The CCMA will mete out a punitive measure equal to the offence,” Buthelezi said.

He added that workers can take up the matter with the department for investigation.

“They have to report the case through the 0800 030 007 hotline and there they will be provided with numbers of relevant officials from the provinces,” Buthelezi said.

Employers are expected to register with Covid-19 TERS Online Portal and complete the claim there. Governments expects employers to apply on behalf of the workers as they they have the information needed to make the UIF claims, and are expected to have the resources to do so.