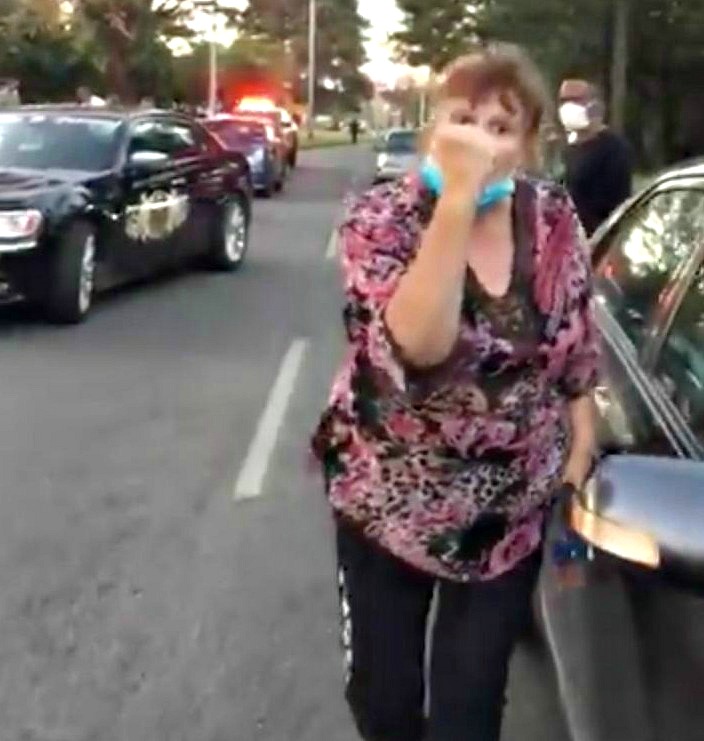 A 54-year-old woman caught on video allegedly hurling racial insults at another motorist after a bumper bashing in Johannesburg is out on R500 bail.

Suzette Oosthuizen appeared in the Roodepoort magistrate’s court on Friday.

The matter was postponed to June 17 for further investigation.

However, this is not a thread created to discuss the “great things” happening in this county. I have reached out to SAPS regarding this matter and their response has been nothing but...(distasteful to say the least). pic.twitter.com/lMoA47bTAU

Siphosethu Ngomane shared a recording of the confrontation on Twitter, catching the attention of Gauteng community safety MEC Faith Mazibuko.

The minute-long clip started with the two exchanging words over whether Ngomane, whose vehicle was hit from behind, had a driving licence.

“Do you want to see it,” replied Ngomane.

The woman, seen pointing her phone at Ngomane, then approached and Ngomane's phone was dislodged from her hand.

The woman pointed a finger and fist at Ngomane. A voice can be heard threatening to “f**k you up” and using the k-word.

Captain Mavela Masondo said the incident happened on Golf Club Terrace Street in Florida on May 4.

Joburg motorist who 'hurled abuse' after bumper bashing is arrested

A woman recorded on video allegedly assaulting and hurling racial insults at another motorist earlier this week after a Johannesburg bumper bashing ...
News
2 years ago
Next Article