Moving home in lockdown: all you need to know about latest concession 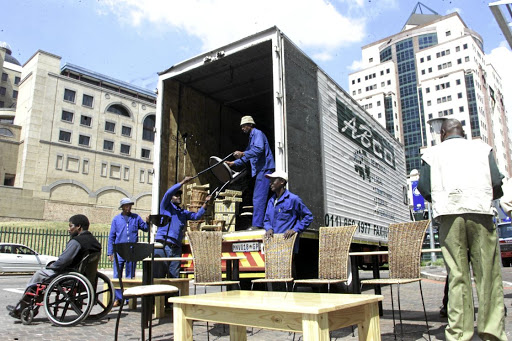 The government’s “you can move house until June 7” concession will come as a relief for those who’ve been financially compromised by the ban on relocating during lockdown. But the wording is too restrictive, says the removals company which made it happen.

The concession was announced by means of publishing new regulations in the government gazette late on Thursday.

Eezi Move, one of SA’s largest independent moving companies, applied to the Pretoria high court on Monday for an urgent interdict forcing the government to allow the removals industry to operate in level 4 of lockdown.

Company representatives began liaising with co-operative governance and traditional affairs (Cogta) department officials on Tuesday and met on Thursday to finalise the concession.

“It’s a huge relief for our company, our workers, the industry and for all those who desperately need to move,” said Eezi Move’s CFO Pieter Townsend.

The wording of the regulation left many key questions unanswered, including “Are removal companies allowed to operate?” which Townsend was happy to confirm is indeed the case.

The regulations state that the concession applies to those who have signed a new lease or if their new home was transferred into their name before lockdown.

But many of those desperate to move do not fit into those two categories — does that mean they have to stay put?

No, Townsend says. “We discussed this with Cogta officials. You just need to get documentary proof of why you are moving.

“But our legal team is not happy with the wording of the regulation, so we have not withdrawn our interdict court date of May 12.

“The wording of the regulation is too restrictive, and does not reflect the understanding we came to in our meeting.”

That understanding was that all those who had an urgent need to move house could do so until June 7, Townsend said, provided they first fill in the permit — as contained in the published regulation — and obtain written proof of the reason for their move. “So if you are moving out of a flat and in with your parents because you can’t afford the rent, for example, you must get a letter from your landlord and your parents, backing up your story.”

The news was met with delight and relief by Andy* of Claremont — he and wife have spent lockdown working in their two-bedroom open-plan flat with their young children, and desperately want to move to a bigger place.

Jacob*, an unemployed Nelspruit husband and father who was offered a job in the Western Cape but hasn’t been unable to take it up until now because of the government’s ban on relocation, is madly making move plans on Friday [today].

“We celebrated last night,” he told TimesLIVE, “with cups of tea!”

Eezi Move and many other removal companies have had their clients’ possessions in storage since late March when the country went into lockdown, unable to deliver them.

Eezi Move on Monday applied for an urgent interdict in the Pretoria high court to enable the removals industry to resume business.
News
1 year ago

“It goes without saying that not having the most basic of household items at your disposal because it can’t be delivered causes unimaginable hardship,” the company told TimesLIVE when applying for the urgent interdict. “Many of our customers have reached out to us and shared the difficulties they face, from having to sleep on the floor and not being able to take occupation of their new homes, to not even having access to their winter clothing.”

Certain requirements have to be met before embarking on a move. These are: